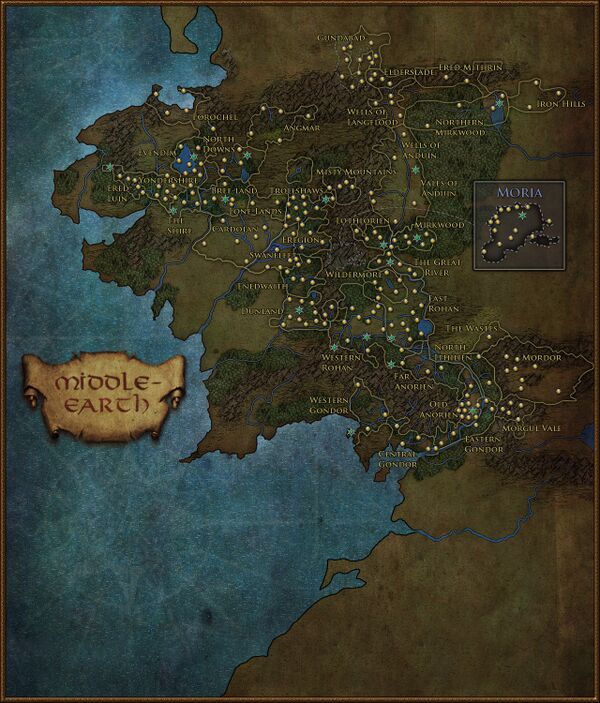 A Stable-master is a class of Non-player Character (NPC). Stable-masters are found in all major settlements and in many other locations as well. Characters can travel between locations by renting a mount -- a horse or pony, or in Moria, a goat.

Renting a mount from a Stable-master is one of the quickest and simplest ways to travel across Middle-earth. All travels can be purchased by silver or Mithril coins.

Long ago, characters first had to visit and "learn to know" the stable-master at the destination, before they could travel there. However, now they can instead spend 1

to travel, but they still better "learn to know" the stable-master for future visits by clicking on them. Unknown Stable-masters have glowing, blue icons.

Characters can only ride along predefined, shorter or longer routes. One or more stops at stable-masters along the way, to change mounts, may be required for somewhat longer trips. Some routes require a minimum level, reputation, deed, or having started or completed certain quests.

Achieving "Friend" status with regional factions grants a 10 % discount on travel fees within their domain.

It is possible to dismount a rented mount at any point along the route.

Many long-distance routes are available as Swift Travel, which is the quickest possible way to another stable. Prices vary from 1

in starter areas to 75

to many. Characters who have never been played during VIP may access swift travel by purchasing Writs for Special Passage at the Lotro Store. Swift routes between starter areas are available for anybody.

Regional maps (click M) have a tab that shows travel routes for the entire land. It is called "Stable-master Collections". It displays all locations with known and unknown Stable-masters. There it is possible to purchase instant travel for one or more Mithril Coins. This way characters may travel to destinations that otherwise would be very dangerous, likely lethal.

A couple of additional notes: 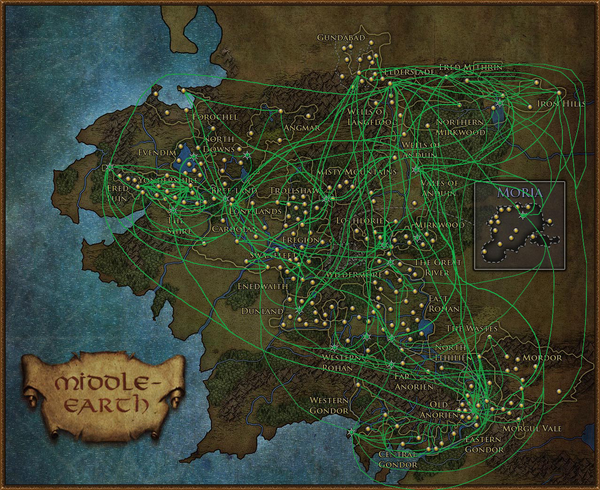 Some stable-masters are "global travel-hubs" in the sense they allow travel from one region, or land, to another with a minimum number of stop-overs. See also stable-masters in the different homesteads.

⇒ all of Moria, Inner Caras Galadhon , and Stangard

This plugin provides details on all the travel locations in the game except for some boats. For each location it can list all the destinations with costs and travel restrictions. It can also find the best route between any two stable locations and factor in Milestone/Return/Guide/Muster skills, even providing a clickable icon for the skill when it provides the best route.

Manage milestones and travel skills. This plugin creates a single window that contains all the available travel skills, including the race, class and reputation skills.

For details on how to use plugins see: Plugins