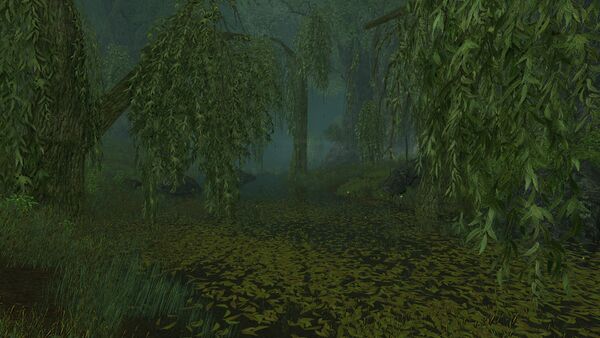 The Withywindle is a river that runs through the Old Forest, from about Tom Bombadil's House until the Brandywine River. The ancient spirit named Goldberry, river-maiden and the wife of Tom Bombadil, is called the Daughter of Withywindle. Another entity, the Old Man Willow grew on the banks of the river, and through his malicious power the valley of the Withywindle was the most dangerous part of the Old Forest. Through his power over the trees, the Great Willow would draw unwary travellers to his domain on the banks of the Withywindle.

From its source in the mysterious Barrow-downs and all along its course through the Old Forest, the River Withywindle is a place of strange happenings and of dark and ancient legends. When adventuring in unknown areas within the Old Forest, travellers would be wise to avoid these winding, slow-moving waters, though doing so may prove difficult - The Withywindle has a way of drawing the unwary toward its deceptively tranquil surface and into its dark depths. It is also said that strange creatures of the forest - and even the very willow trees themselves along the Withywindle’s banks - are agents of its ancient evil. — Turbine