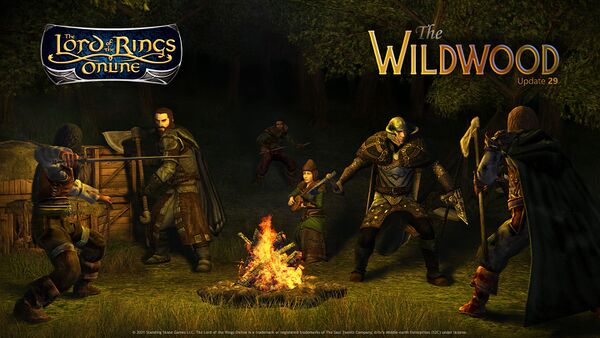 The Wildwood is an area within Bree-land.

The Wildwood is situated in the north-western part of Bree-land, located between Brandywine River to the west, Trestlebridge and North Downs to the north and north-east, Northern Bree-fields to the east, and the Brandy Hills to the south. It is a densely forested, mainly uninhabited wilderness on the edges of Bree-land.

Access to this area is free to VIP accounts but otherwise it requires purchasing the Quest Pack:Wildwood for 1,195

from the Lotro Store.

Beyond the Bree-fields lies the lightly travelled wilderness of the Wildwood. This heavily forested area has drawn the attention of two groups of Free Peoples who vie for its resources. The League of the Axe, a group of game hunters and miners down on their fortunes, seek to tap the land's resources and ferry their bounty down the Brandywine from Trader's Wharf to markets abroad. Meanwhile, a group of villagers in Trestlebridge have formed the Woodcutter’s Brotherhood, with the goal of taking advantage of the Wildwood to benefit the folk of Bree-land and rebuild Trestlebridge to its former glory. Both factions must decide the fate of the Wildwood as they work against unsavory Brigands and the Tarkrîp Orcs. 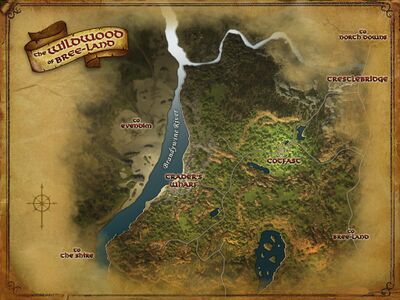