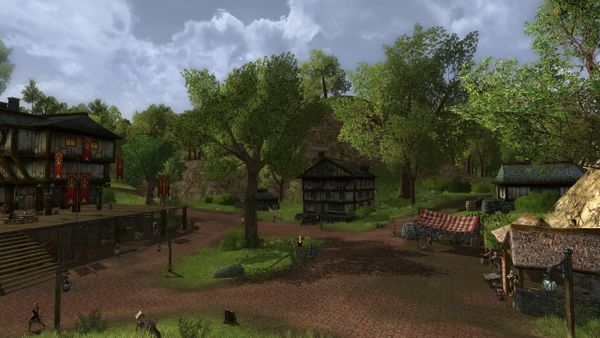 This fine town is located at the road from Bree to Archet and a smaller road forks off to Chetwood and Combe's lumberyard. New man characters arrive here on their way to explore the Middle-earth; they will find appropriate services, adventures and mysteries to unwind. The residents are well aware of the tragedy that happened in Archet and welcomes any helping hand to resolve problems or prevent the brigands to spread further.

Combe hosts several interiors for crafting, combat training, and quests. Among them is found a bard, a kinship clerk, armour & weapon vendors, a crafting hall with trainers and vendors, class trainers, and more. See the interiors respectively for further details. 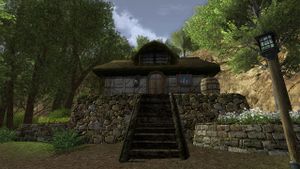 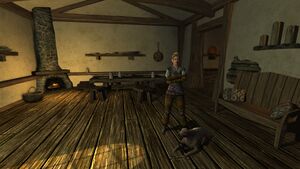 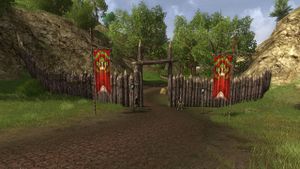 See "starting quests" and the interiors for more quests
Starting 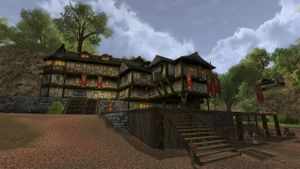 The Comb and Wattle Inn

The Comb and Wattle Inn

This inn is located at the heart of Combe and though Lizbeth Honeymeade, the Tavern Keep, works hard to provide best possible service it is quite empty: Except for some unpleasant ruffians and the rare, rough rangers. However, during festivals this place livens up a bit when members of the Inn League empty the storage of Beakbreaker Ale. 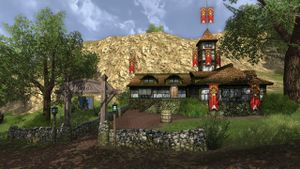 The crafting hall is located a short distance east and uphill from the centre of Combe. There are crafting trainers for all professions. Its Mistress of Apprentices, Jill Brushwood, is happy to assign visitors a vocation and novice trainers. 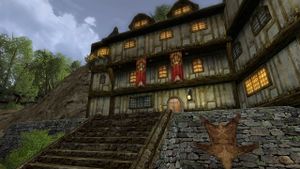 "Bree was the chief village of the Bree-land, a small inhabited region, like an island in the empty lands round about. Besides Bree itself, there was Staddle on the other side of the hill, Combe in a deep valley a little further eastward, and Archet on the edge of the Chetwood. (...) Most of the inhabitants of Bree and Staddle, and many even from Combe and Archet, were crowded in the road to see the travellers start." — The Fellowship of the Ring, by Tolkien

One of the four settlements that together made up the Bree-land, Combe lay in a deep valley on the eastern side of the Bree-hill. It was somewhat to the north of Staddle, but not so distant from Bree as Archet on the fringes of the Chetwood. Its name comes ultimately from an Old English word cumb meaning a deep valley. Probably founded before TA 1300. — lorebook

Scene 1: If you travel into Combe through the Combe North Gate, you will pass by a broken cart and three townspersons having a discussion:

Scene 2: On the platform outside The Comb and Wattle Inn are two woodcutters sitting on a bench and having a talk: 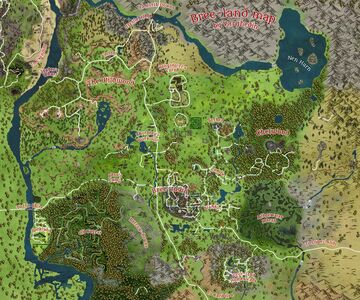