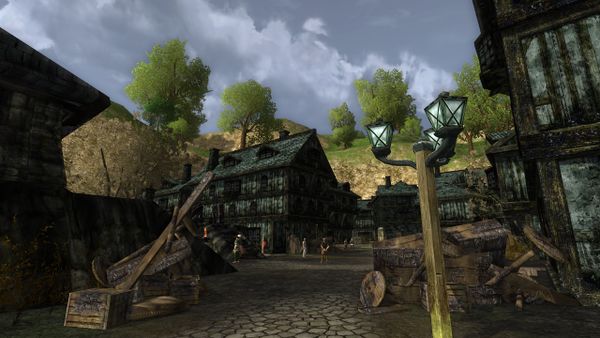 See Archet before the assault for the time of new characters' introduction quests.

The town of Archet is located north-east of Bree, just north of Combe, and was once a thriving and busy town. However, Archet is the starting location for new Hobbit and Race of Man characters, and during that event this area was sacked by brigands. Buildings were burnt to ashes, townsfolk scattered, and many residents lost their lives.

Now Jon Brackenbrook is in charge of Archet's restoration while commanding its defence. New characters, now including new Beorning characters, gladly offer their help by accepting quests suggested to them.

Archet (After the Assault) 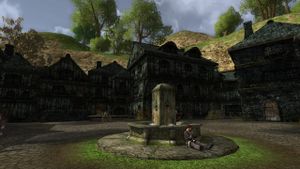 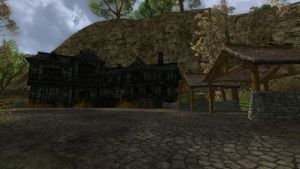 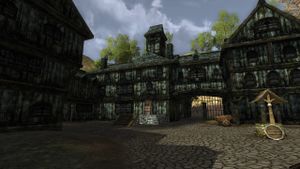 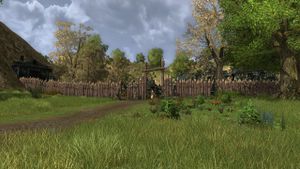 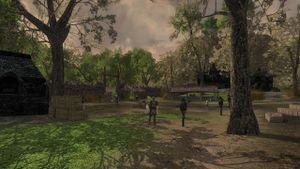 Archet is Old English meaning Forest's Edge and indeed that is the case. Archet is a small hamlet in Bree-land lying to the northeast of Bree-town, nestled at the edge of the Chetwood. The town and its outlying lands are inhabited by farmers and other rustic folk, who have little use for the bustle of big town life. A few hobbits dwell here, but the inhabitants are predominantly Big Folk.

Little is said of Archet in Tolkien's "The Lord of the Rings" other than a brief description of its locations and an allusion to troubles with "robbers" in the region. This makes a perfect background for locating the Starter Area for new hobbit and man characters to this town:
The lack of any real authority and the peaceful nature of Archet's people have recently drawn the attentions of a band of brigands known as the Blackwolds, though rumour has it that the Blackwolds have much darker goals than terrifying common folk and farmers. To counter this threat, a retired sellsword by the name of Captain Brackenbrook has begun organizing the townsfolk into a makeshift garrison to repel the advances of the brigands.

Archet (Before the Assault) 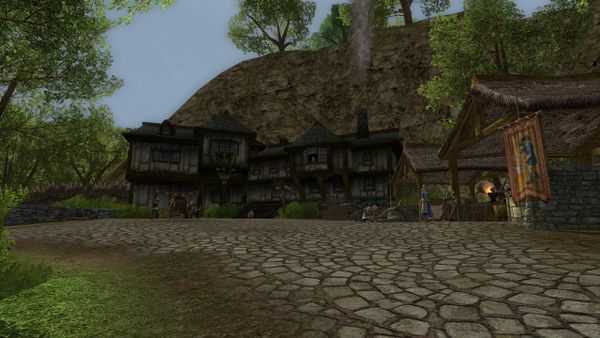 The town of Archet is located north-east of Bree, just north of Combe, and is the starting location for new Hobbit, and Race of Man characters. At that time, Archet is a thriving and busy place, as best seen during the introduction quests.

During the Assault on Archet the town is set ablaze as a major battle quickly unfolds. 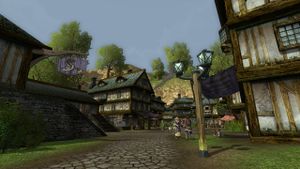 Archet before the Assault 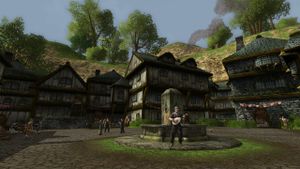 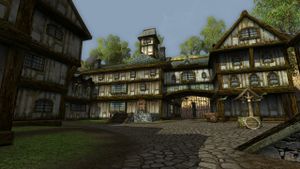 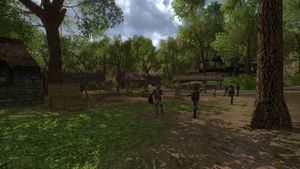 Archet's training yard before the assault

The following mobs are found during the instance, The Assault on Archet: