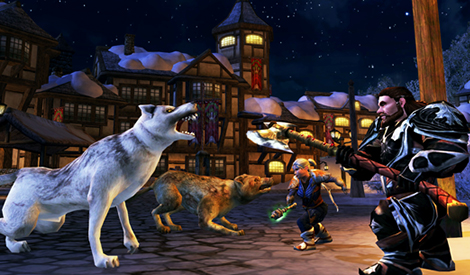 Thievery and Mischief is a level 30-140 skirmish located in Bree, in Bree-land.

Skirmishes, can be started by using the Instance Finder.

While the Rangers of the North were distracted in the South, brigands and ruffians took an opportunity to wrest control of Bree....

Fight your way from Bree's South Gate upto the Mayors place. The skirmish is divided up into gated streets. Once you get the flag the gate will open allowing access to the next street.

Remember to loot Bálak's corpse before leaving. Completing the skirmish will reward Men of Bree reputation.