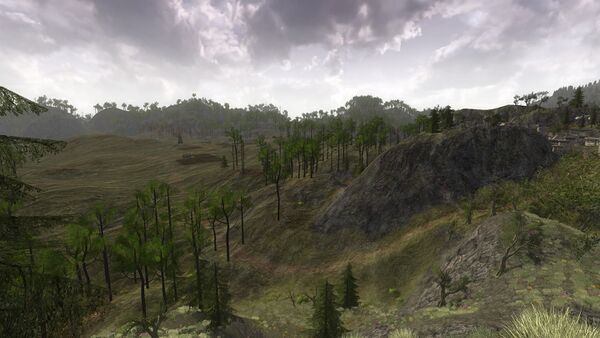 North Downs is a region found within the land of Eriador.

Little is said about the North Downs but it has always been the realm of noble Men of Arnor. It is always mentioned as lesser than Evendim and as the darker contrast to Gondor, connected to the struggles with the nearby Angmar and its Witch-king.

The hidden fortress of Esteldín serves as the capital of the North Downs, being the headquarters of the Rangers under Halbarad's command, kinsman of Aragorn.

Recently the town of Trestlebridge was under a fierce attack by grim orcs, but this turned out to be only a spur while the Enemy overran Fornost, Dol Dínen, and other long since unused ruins. Elves have always upheld a refuge in Lin Giliath and dwarves have mined silver in Othrikar, where the legendary Gildor Inglorion and Dori are met. 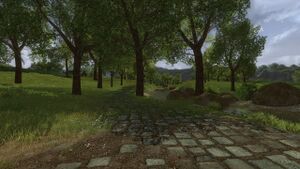 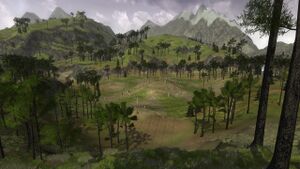 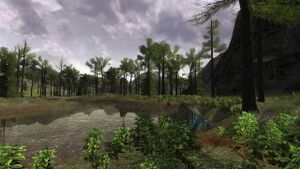 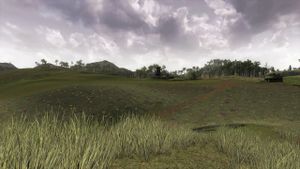 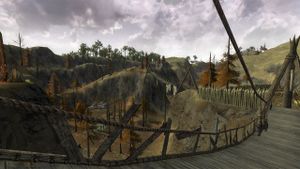 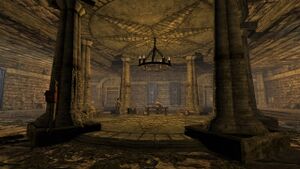 Of the earliest history little is known but that in the first millennium of the Second Age many Númenóreans lived in the North Downs; how many and how widespread is unknown. Arnor was founded by Elendil in II 3320 but North Downs remained less important during this period. After many unfortunate centuries the 10th High King, Eärendur, died in III 861 and Arnor was torn in three by his sons.

Out of Arnor Arthedain was founded by Amlaith, the eldest son, and he moved from Annúminas in Evendim and made Fornost the capital city; eventually the North Downs saw some glory. Six hundred years later the Witch-king attacked Fornost, after his victory in the Lone-lands, but failed. Yet again, five hundred years later (III 1974), his forces out of Angmar managed to capture Fornost, but only for a year until an army of Gondor defeated his numbers, but the Witch-king escaped.

At the capture of Fornost, King Arvedui fled to Forochel but died in the ice masses. The North-kingdom ended and the North Downs was destitute and spent. However, out of the ruins the Rangers of the North was founded by Arvedui's eldest son, Aranarth, who became Chieftain of the Dúnedain. Today the North Downs hosts these Rangers at Esteldín, while Aragorn, their 16th Chieftain, follows a well known hobbit at a very secret quest in the east. 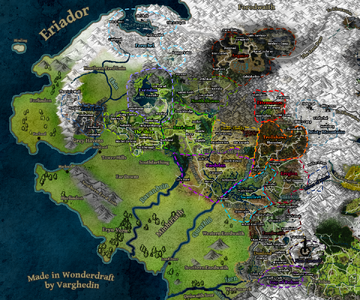 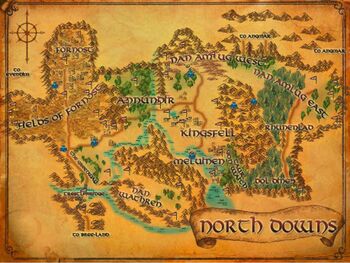 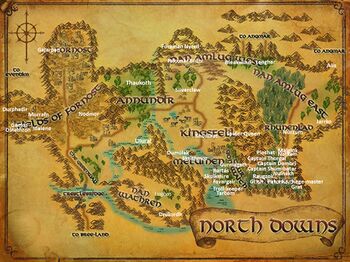 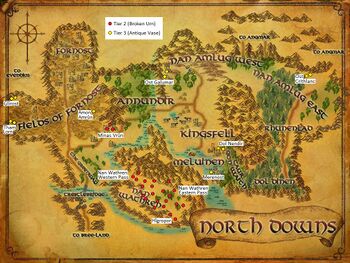