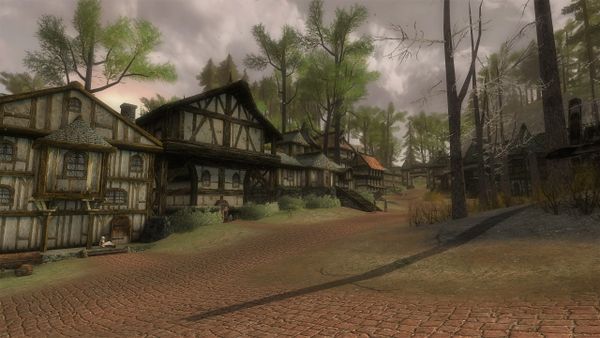 Trestlebridge is a settlement and an area within The North Downs in the south-western region. [17.8S, 53.9W]

At the great chasm called Cirith Núr, the natural border between Bree-land and North Downs, lies the town of Trestlebridge. It stands guard for the majestic bridge named the Trestlespan, over which the North-South Road has run since the glorious days of the Arnorian kingdom. Recently hoards of orcs, more determined than ever before, have constantly attacked the bridge, Trestlebridge, and its proud and hardened residents. Now the smoke hang thick and heavy after the most recent attack.

The North-South Road runs south to Bree-land and north through the area of Greenway to the northern Fields of Fornost, but a smaller road turns off eastward to Esteldín. Just east of the stable-master two insidious trails lead the adventurer along the chasm toward the eastern areas of Bree-land, as well as down to the bottom of the chasm.

Trestlebridge provides the visitors with services such as a craft faire with trainers, healer, mailbox, stable-master, and an outfitter and armour and weapon vendors. Here is also found a milestone and a reflection pool. Because of the constant and fierce attacks most residents may suggest the visitor with various requests. 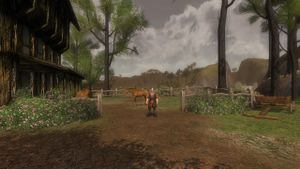 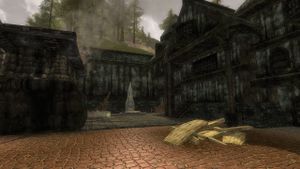 The following services can be found within the settlement of Trestlebridge: 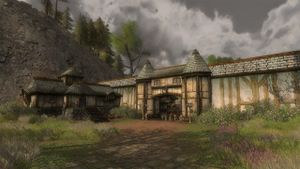 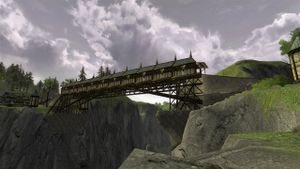 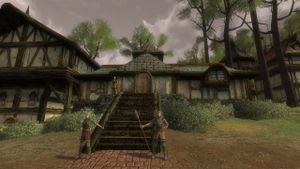 Armour and Weapons are for levels 15 to 24

Follow the Greenway road north from Bree, past the farms and horse fields, past the ruins of the Old Greenway Fort and the ominous camps of the Orcs, and you come to the town of Trestlebridge. Perched on the edge of a great chasm called Cirith Núr, this besieged town of Men marks the boundary between Bree-land and the harrowed highlands of the North Downs. Beyond that chasm rise war-torn hills where ancient kings fell in defeat against the Witch-king and where modern Men struggle to keep hold of their ancestral lands in the face of new Orc-armies out of Angmar. — Hero's guide 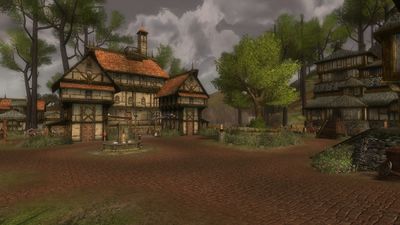 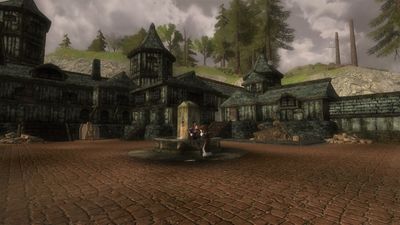 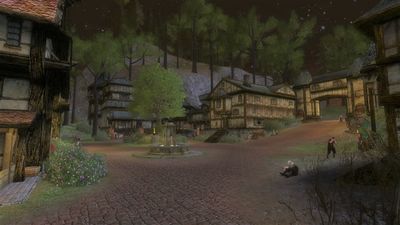 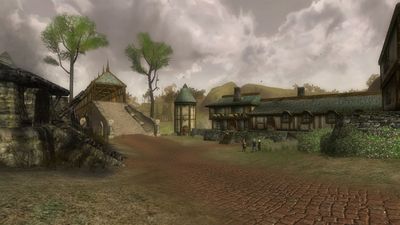 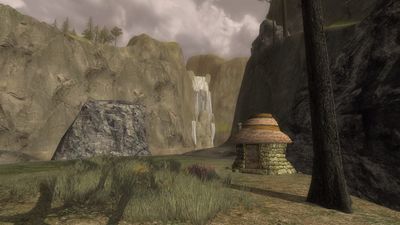 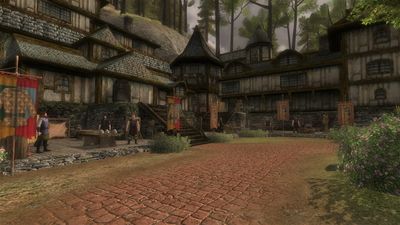