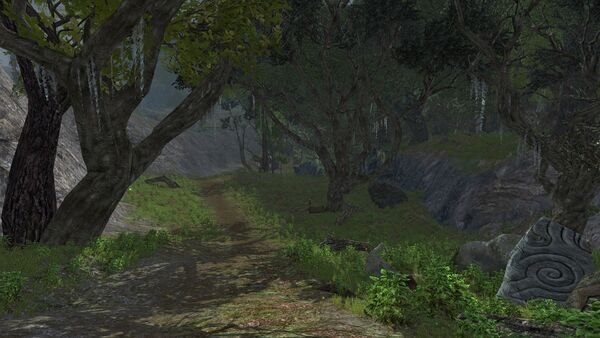 This famous road leads from Tom Bombadil's House, at the eastern Old Forest, into the western part of the Northern Barrow-downs. Recently a group of travellers were forced to set up camp, waiting for aid in forms of supplies and being anxious over disappeared relatives.

Recently, September 28, III 3018, this was the road that Frodo, Sam, Merry and Pippin took upon their journey towards Bree. They left Tom's house and later the same day they were captured by a barrow-wight ... and again saved by Tom. 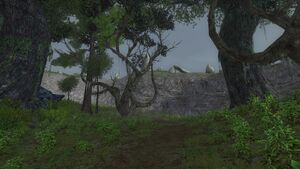 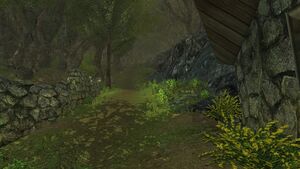