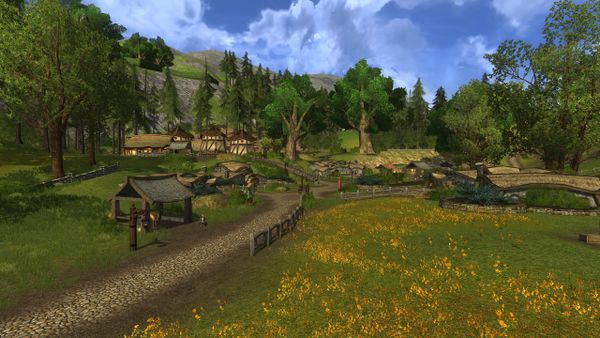 Oatbarton is a settlement located within the area of Bullroarer's Sward, in Evendim. [23.1S, 67.3W]

At one end of the Northway is this lovely village of hobbit oat farmers, the other end being Budgeford. However, these days they also grow much other crops and much of the gossip is about the annual market and who is gonna win the prize for best pipe-weed and many other contests. But this year, so many unsettling things have happened and the citizens have less time for preparations.

Oatbarton provides decent services and crafting facilities; it is also renowned for the only farmlands of Evendim. People come from far and wide to give a helping hand in the preparations of the friendly Northcotton Market, while others come to help investigating what is going on at the rougher Northcotton Farm dungeon. Visitors may also notice the ominous Mysterious Relic of Famine causing devastation on the crops in the fields. 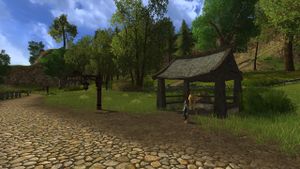 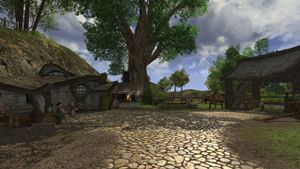 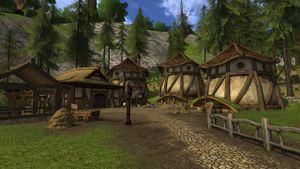 The crafting area is split over two locations and farmlands are in the outskirts of the village: 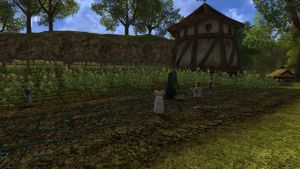 The Mysterious Relic of Famine 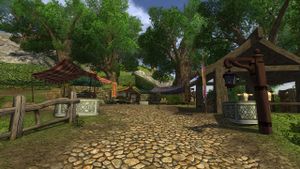 Armour and Weapons are for levels 24 to 32

"A village or township in the Northfarthing of the Shire. Though very little detail is known about this place, we do know that parts of the Northfarthing were given over to farmland. The name 'Oatbarton', which means essentially 'oat farm', suggests that this settlement lay within the farthing's farmland regions." 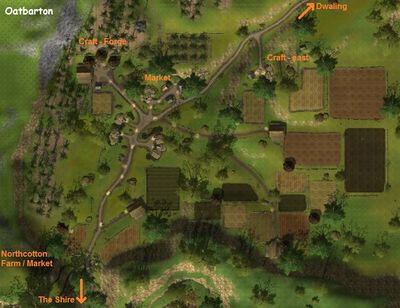 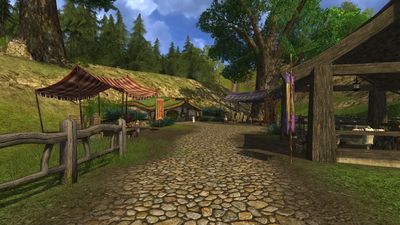 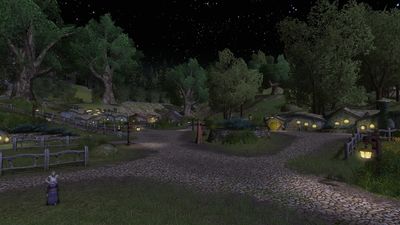 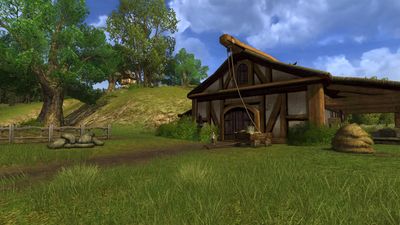 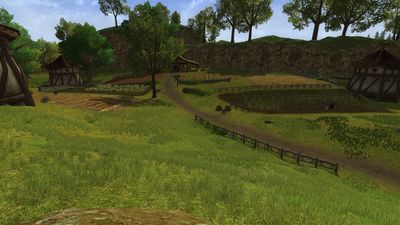 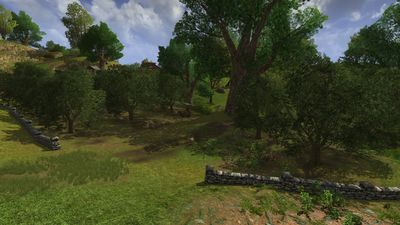 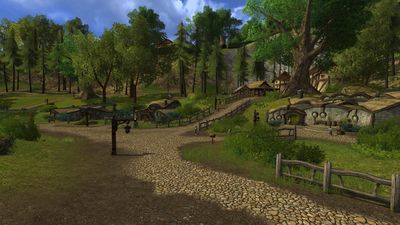