The Dead Spire is a landmark within the Northern Barrow-downs in Bree-land. [32.1S, 55.1W]

This monolith is found at the centre of the Northern Barrow-downs, right in between the Old Barrows Road to the west and the Dead Man's Perch to the east. Not long ago, on September 28, III 3018, Frodo and his fellowship stopped at this place to rest for a minute; that could have become a longer rest than they wished for.

This stone pillar stands amidst the barrows, pointing skyward like a warning finger. Even in the heat of the day, the stone of the Dead Spire is cold and casts no shadow.

As Frodo Baggins and his companions made their way through the Barrow-downs from the house of Tom Bombadil, they stopped to rest beside a great stone marker, the Dead Spire. Here they were overcome by the spells of the barrow-wights and taken to a barrow to be sacrificed – the barrow, it is believed, of the last prince of Cardolan: a final insult by the Witch-king of Angmar to the memory of Cardolan. The barrow was, however, reclaimed; and the barrow-wight who dwelt there was destroyed by Tom Bombadil when he came to the rescue of the hobbits. lorebook 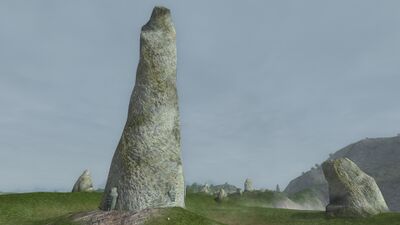 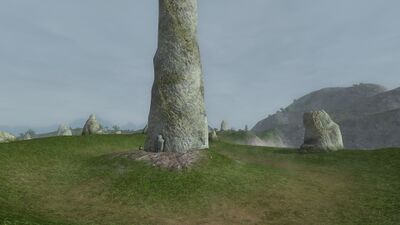