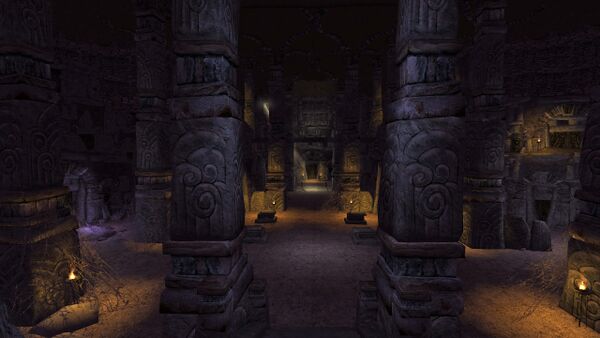 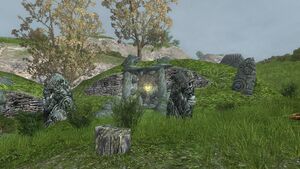 This public dungeon is the east-most of two tombs at Northern Barrows. This large tomb opens to an empty room, down a flight of stairs are three wings, each with several wights, spiders, and more.

There is a second floor, occasionally with enemy spawns, but access has been removed. In the right-hand map, the inaccessible portions are the rectangular room off the south wing, and the north-south tunnel over the eastern wing. 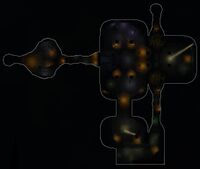