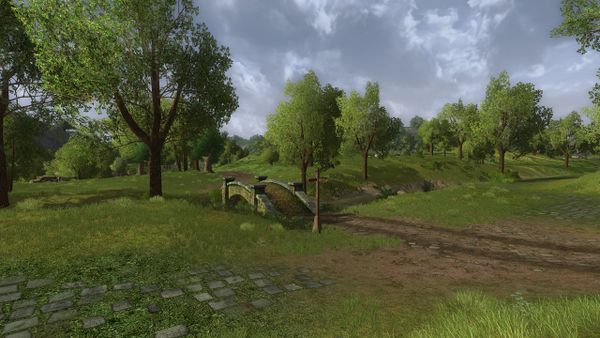 Greenway Crossing is a landmark within the Southern Bree-fields, in Bree-land. [29.5S, 53.3W]

Just west of Bree's West Gate is the junction where the north-south running Greenway crosses the Great East Road. Head north for the Northern Bree-fields and North Downs beyond; west for the Barrow-downs, Buckland, and the Shire beyond; south for Andrath and Minhiriath beyond; and east for ... Bree.

"Disused for a thousand years, particularly north of Bree, the Greenway is overgrown with grass and is little travelled, except by refugees from the war-torn south. Brigands and ruffians lie in wait alongside the ancient highway waiting to prey on the weak and unguarded. Few now dare the treacherous wilds through which the Road runs." — mmorpg.com

After Tom Bombadil had rescued the fellowship in the Barrow-downs, on September 29, 3018, Frodo, Sam, Merry, and Pippin passed the Greenway Crossing into Bree and found Strider at the Prancing Pony. 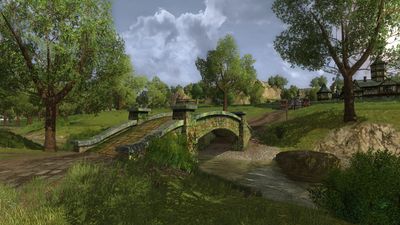