This rift in the mountain ridge is is located at the eastern side of Northern Barrow-downs. One cannot enter this way the Southern Barrow-downs but to take a short-cut people have been seen jumping off the cliffs, usually granting them a broken leg or two.

At his location is found a group of stranded Bree-folks led by guides that were surprised by the aggravated creatures within the barrows. Recently something has really stirred up the living as well as the dead causing all sorts of devilry to occur. Tales whisper of Black Riders camping at Andrath, not far off from here (even the Witch-king of Angmar some dare say), and that they disturb the sleeping spirits.

The Dead Man's Perch is a bluff overlooking the town of Bree. Some Bree-folk claim to have seen the Dead walking upon the ridge. 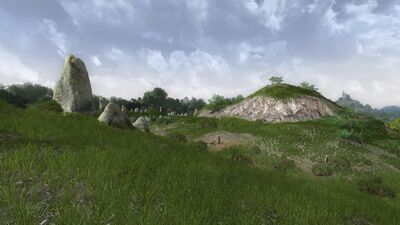 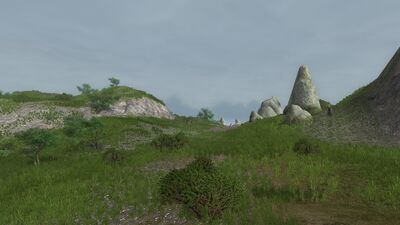