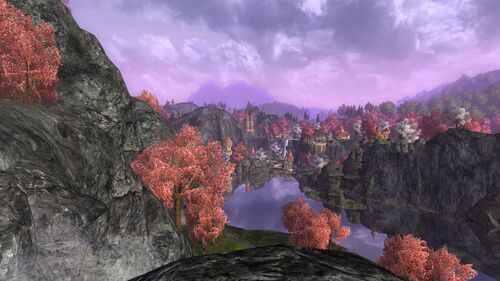 The river Lhûn flows in the eastern part of Ered Luin past the areas of Haudh Lin and Kheledûl, through Falathlorn, and past Celondim before it flows on to Mithlond and the sea. The Dourhand Dwarves' port-city of Kheledûl have docks on the river, as do the elves in Celondim. Just below Duillond, at a high bridge across the Lhûn the Eastway runs from Thorin's Hall to Needlehole in the Shire. The river is known as Lune to hobbits and men.

The river Lhûn was a river of north-western Eriador.
In the Second and Third Age, it emptied into the Gulf of Lune that broke through the Ered Luin and thence into Belegaer.
It had three (unnamed) tributaries: two of them arising in the Ered Luin, and one beginning in the Hills of Evendim north of the later capital of Arnor, Annúminas. It was not connected to Lake Nenuial, the origin of the Baranduin (Brandywine) river.
In the First Age, the course of the river is not known. The Gulf of Lune was not created until the War of Wrath so the river must have had a different lower course. Possibly it connected with the Baranduin further south.

Course of the River 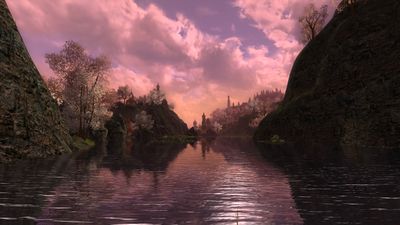 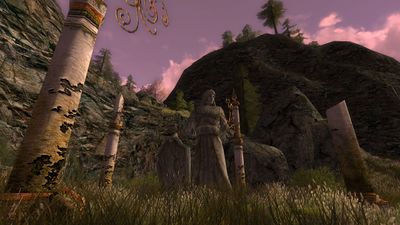 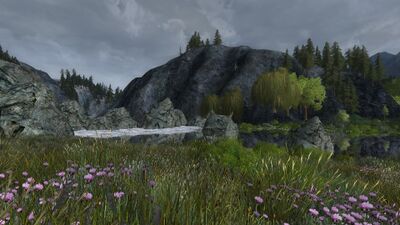