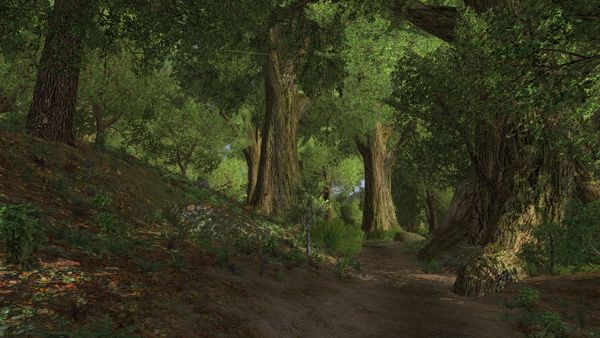 Chetwood is an area within Bree-land in the eastern region.

This woody area is found in south-eastern Bree-land but not as far to the east as the Midgewater Marshes. It is separated from the nearby Far Chetwood by a natural ridge formation. These days the greater Staddle divides Chetwood into two separate sections, in daily speech called "Chetwood South" and "Chetwood North". Earlier the northern and southern parts used to be one unified forest, but now heavy logging by woodcutters from Combe and Staddle have made it two larger pockets of trees.

Northern Chetwood is a large and wild forest between Combe and the Weather Hills. Woodcutters at Combe Lumber Camp are worried because a pack of Blackwold brigands have set camp and they raid and harass the neighbourhood. They also mention that recently the wildlife behaves unnaturally wild. Rumours whisper that some have seen creepy Angmarim Warriors deep in the woods wielding all sorts of wicked powers.

Southern Chetwood is a smaller wood straight south of the greater Staddle. The Great East Road crosses this wood on its way from Bree to the Lone-lands. The wildlife is threatening travellers and nearby residents. However, something must be special with this wood since there is an enchanted yellow tree growing athwart the main road and tales tell about a magic pond with an exquisitely beautiful water maiden.

New Man characters will adventure in the northern as well as the southern woods, setting out first from Combe and then from Staddle. Explorers will pass through to research the ruins of Bree-land and the history of the Dúnedain. 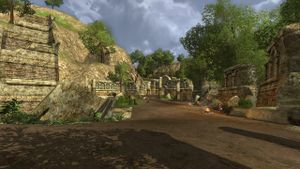 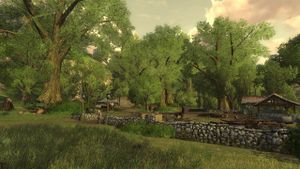 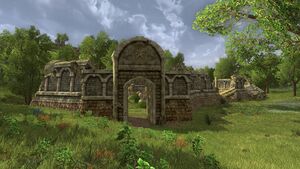 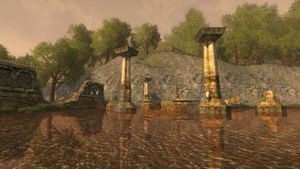 "The Hobbits began to settle in ordered communities. Most of their earlier settlements had long disappeared and been forgotten in Bilbo's time; but one of the first to become important still endured, though reduced in size; this was at Bree and in the Chetwood * that lay round about (...).

"Whether because of Strider's skill or for some other reason, they saw no sign and heard no sound of any other living thing all that day: neither two-footed, except birds; nor four-footed, except one fox and a few squirrels. (...) On the third day out from Bree ** they came out of the Chetwood." — The Fellowship of the Ring, by Tolkien