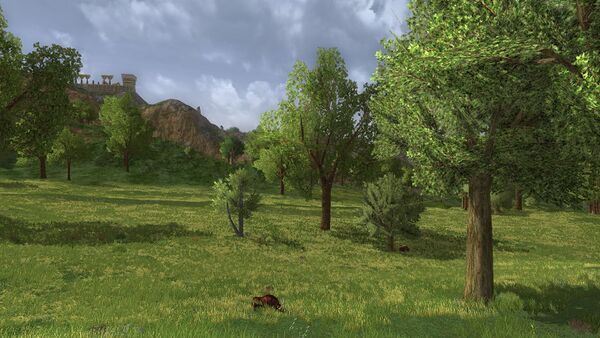 Andrath is an area within Bree-land in the southern region.

Andrath (possibly meaning "long street") is a reach of the ancient North-South Road (around Bree known as the Greenway) and begins about where it leaves Bree behind. While ascending southwards into the depopulated realm of Minhiriath the road passes through a narrow gorge commonly named the Vale of Andrath which now constitutes for this area; stretching eastwards it also embraces a lake and a farm. Athwart the Andrath road lies the South-guard Ruins, now occupied by southern brigands and half-orcs who from there raid the surrounding areas.

It was at Andrath the Witch-king of Angmar set up camp while searching for the Ring-bearer and likely his presence woke up the wights of the Barrow-downs. Maybe that camp was near the location of the crypt that leads from the Vale of Andrath into the barrows. [34.9S, 53.1W] 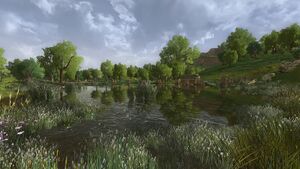 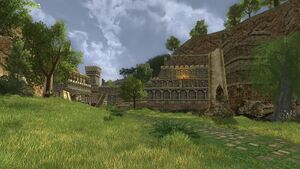