This tunnel is one of the two open gates in the High Hay, an entrance to the Old Forest from Buckland. It is located just south-east of Frodo's house in Buckland and perhaps the location of this passage was one of several reasons why Frodo bought a house in the village of Crickhollow. 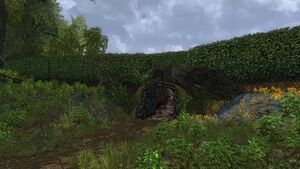 Before sunrise the foggy morning of September 26, III 3018, Frodo, Merry, Pippin, and Sam moved along the High Hay with their ponies:
"'Follow me!' said Merry, 'and you will see.' He turned to the left along the Hedge, and soon they came to a point where it bent inwards, running along the lip of a hollow. A cutting had been made, at some distance from the Hedge, and went sloping gently down into the ground. It had walls of brick at the sides, which rose steadily, until suddenly they arched over and formed a tunnel that dived deep under the Hedge and came out in the hollow on the other side." — The Fellowship and the Ring, by Tolkien 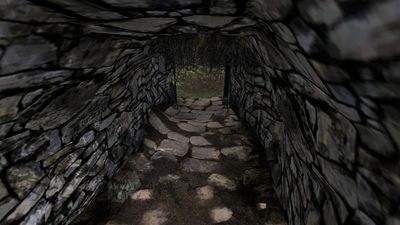 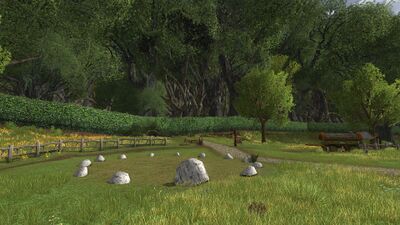