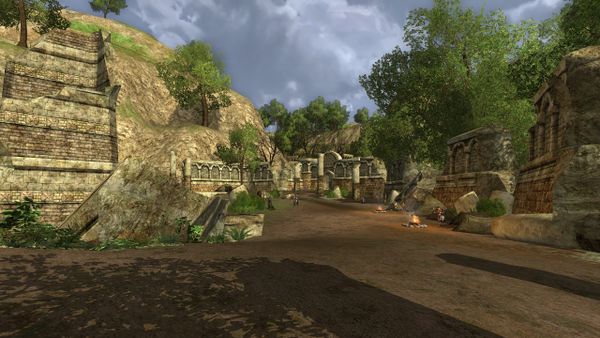 The Blackwold Headquarters is a landmark in Chetwood, in Bree-land.

Located in the northern section of Chetwood, built at the mountain ridge bordering Far Chetwood, the ruined fortress once guarded Cardolan against the armies of Angmar and Rhudaur. As so many other such ruins in Bree-land it is now a stronghold for Blackwold brigands who ravage the highways and plunder the neighbourhoods. In fact, it might be from this location that the brigands managed to find a now blocked passage into Archet Dale to initiate their design in that area. 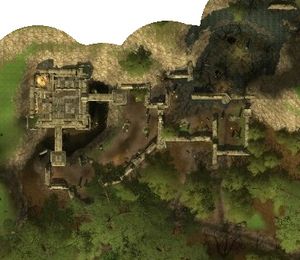 Terrain Map of the Blackwold Headquarters 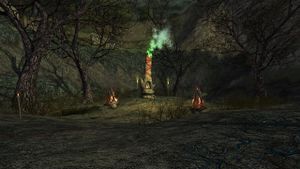 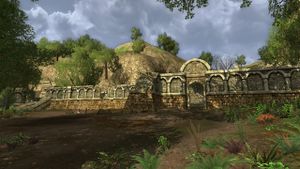 These deeds can be advanced by exploring Blackwold Headquarters:

"Long ago, this ruined fortress guarded Cardolan against the armies of Angmar and Rhudaur, but now it serves as the seat of power of the Blackwold brigands." — Deed