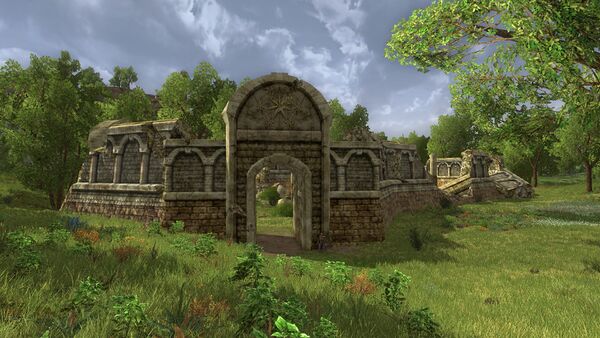 South of Bree, in the Southern Chetwood, straight south of Staddle, is this ruined fortress. The Dúnedain Statue bear witness of a royal history.

However, recently Blackwold brigands and evil creatures have settled within its crumbled walls. And it is here where Strider, in the epic Instance: Unravelling the Thread, attempts to put an end to the evil creature that was once his dear friend Amdir. 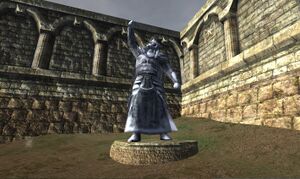 The Dúnedain Statue in the back of Ost Baranor

These deeds can be advanced by exploring Ost Baranor:

Only in quest instance

Only in quest instance

"The ruins of Ost Baranor mark the place where yet another tower of the North Kingdom once stood, now faded into memory." — Deed

"The worn but noble visage engraved on the statue you discovered belongs to Aranarth, the first Chieftain of the Dúnedain after the fall of Arthedain.

"The statue was probably created some time after the wars that destroyed the old Kingdom, most likely by the Rangers who hold Aranarth in great reverence.

"It was in good repair suggesting that they tend to it to this day. The memories of the Dúnedain are long, and their respect for the dead borders on obsession at times." — Deed