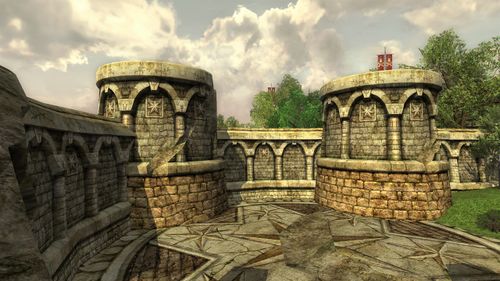 These ruins are the broken foundations of an ancient Cardolan site upon which Bree was founded many centuries ago. Not much of the old marble and sandstone is visible throughout town any more, and these ruins have been preserved to remind Bree-dwellers where their origins lie.

These ruins are accessed via the Oldstones Gate and Beggar's Alley beyond, or by a path from near the Ironmonger's Gate. Those who are interested in history use to come here to study the Ancient Crest that from its position at a wall is facing out over the Bree-fields. 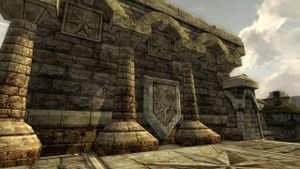 You found a carving with an old Arnorian symbol upon it. It appeared to be the crest of the ancient kingdom of Arthedain.

The ruins of that kingdom stretch for miles to the south-west and north. Bree itself was built upon a crossroads between Arthedain and its sister kingdom Cardolan to the east. Once they were all one great kingdom, stretching all across the north, but the folly of Men first sundered them, then set them against each other until one after another they fell over the long years of the Third Age.

There are some folk who still remember the tales of Arthedain, but you suspect that the crest may be of particular importance to the Rangers, for it is said that they are descended from that bloodline. -- Deed 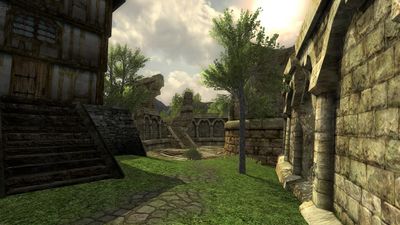