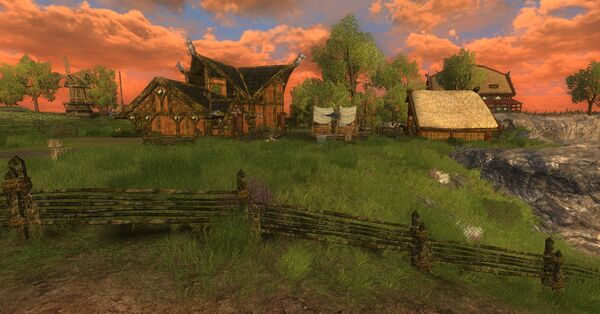 The Kingstead Meadows Homesteads contain player housing which evokes living on the grassy plains and farmlands of West Rohan. The homesteads are located north of Meduseld on the north side of the river River Snowbourn. There are two exits from the neighbourhood, north and south-east.

In the north-west area of the homesteads [56.7S, 70.3W] there is a square with a Rohirric fountain, three buildings, all of the task boards, and several NPCs. 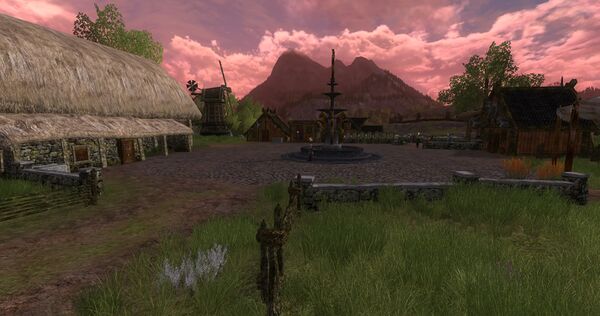 The three buildings are: 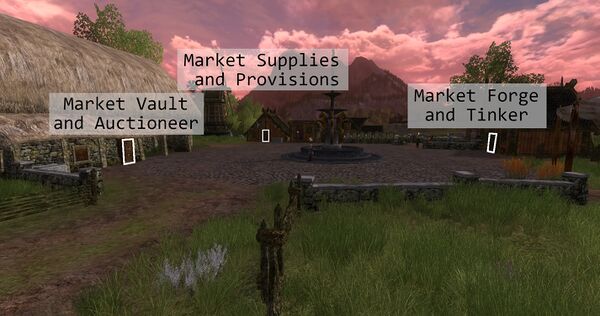 The following crafting facilities are available inside these buildings in the homesteads marketplace: 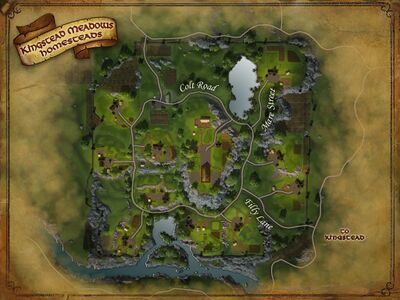 The following houses are available for purchase from Burginda:

The Deluxe houses come with 5 steed halters for the hitching posts; the Mead Halls come with 8. More can be purchased for Mithril Coins.

The exterior hooks for Kingstead Meadows Homesteads are laid out in the following configuration: 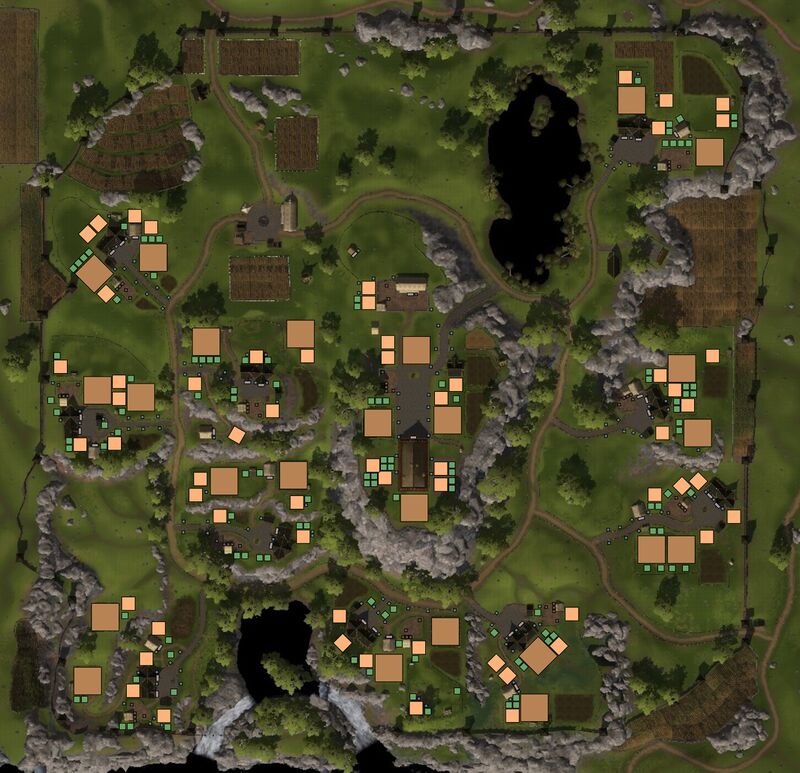