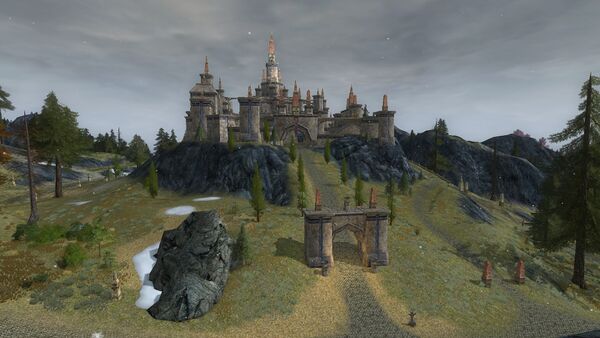 Gondamon (Sindarin for Stone-hill) is a settlement located within the area of Low Lands in Ered Luin. [20.3S, 97.0W]

Gondamon is Sindarin for "Hill of Stone" which is apt as for this stone fortress. This regional hub lies along the main road through Ered Luin. Recently goblins from the southern Rath Teraig, and Dourhands from the north (who yet today are loyal to Skorgrím) have made the residents troubled, not to mention the sudden tension between elves and peaceful dwarves. Hence all sorts of quests are available.

Gondamon affords travellers and adventurers a full assortment of services, vendors and trainers, and the facilities for common crafting needs. These services are basically split on two main sections: the crafting area by the northern wall at the ground floor; and the upper main faire with vendors and class trainers. However, not all NPCs are clustered with their peers but are found at the battlements or other locations. 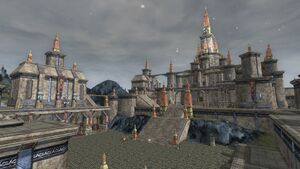 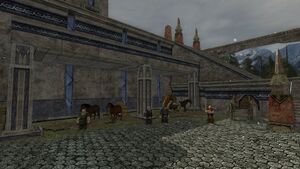 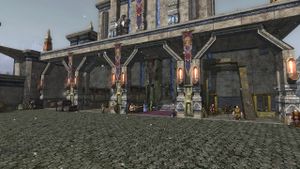 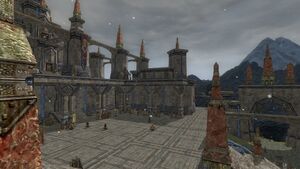 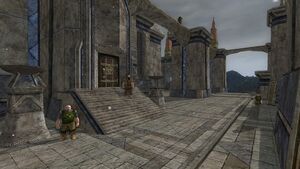 The following services can be found within the settlement of Gondamon:

The fortress of Gondamon was once an Elven fortress, abandoned when the Elves of Edhelion abandoned their former refuge for Duillond, after Skorgrím Dourhand's treacherous assault. The dwarves rebuilt the stronghold to their liking. — Deed text

Both Noglond and Gondamon were once Elven holdings in the days of Edhelion, but was abandoned and fell into ruin when the Elves of Refuge of Edhelion fled for Duillond after Skorgrím Dourhand's treacherous assault. The dwarves later rebuilt the stronghold to their liking. The dwarf-exiles of the Lonely Mountain rebuilt them, under the leadership of Thráin and Thorin, and the Elves of Duillond welcomed them to the mountains. In these evil days, the guards of Noglond and Gondamon must be ever-vigilant against the return of the treacherous Dourhands and goblins out of the north. — lorebook 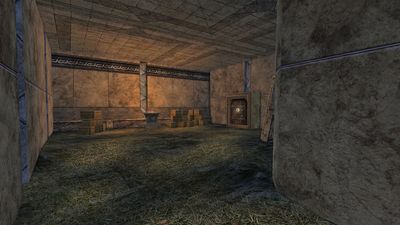 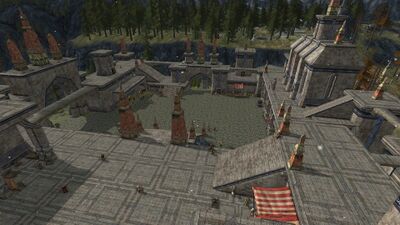 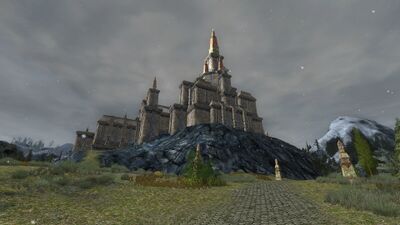 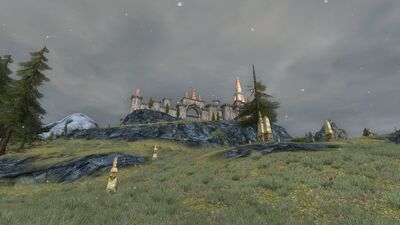 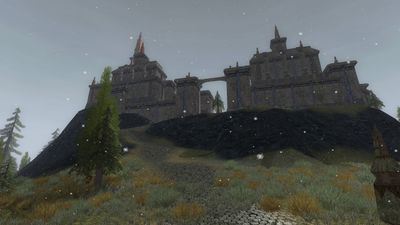