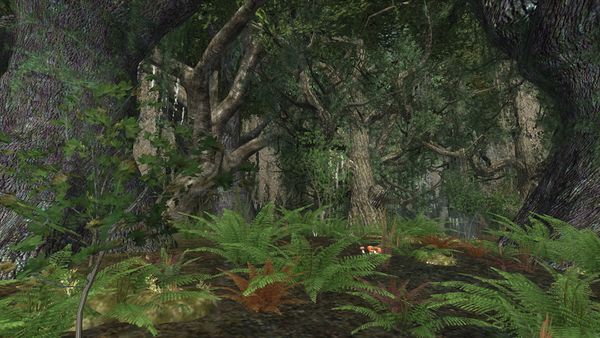 Fangorn is a location which is encountered in different areas and instances throughout Middle-earth. It once stretched from one edge of Middle-earth to the other and its shepherd is the Ent Treebeard. According to Elrond: "Time was when a squirrel could go from tree to tree from what is now the Shire to Dunland west of Isengard." Of this vast forest, according to Treebeard, Fangorn forest was "just the East End". And indeed, players have rescued a walking tree in Bindbole Wood, in the North Farthing in the quest Web-cutter.

Fangorn Forest, in the North of Rohan, bordering on the Misty Mountains, was the oldest part of Treebeard's realm, it is here the Ents have retreated. Treebeard maintained several Ent-houses in Fangorn Forest, including Wellinghall in the flanks of Methedras. It is located in the flanks of Methedras, the southernmost peak of the Misty Mountains overlooking Isengard, and is the source of the River Isen. Wellinghall further consists of a tree-lined courtyard, furnishings of different kinds, and a rocky bay with a curtain of falling water.

The fabled forest of Fangorn is encountered from multiple zones. 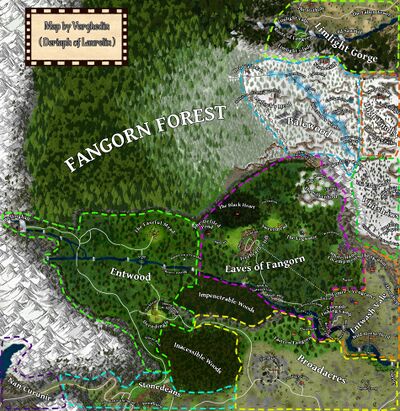