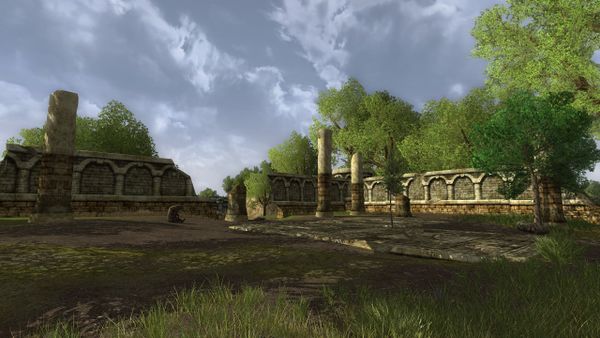 Located barely within Chetwood, by the road between Combe and Staddle, lie these old Arnorian ruins with a magnificent view over the Midgewater Marshes. Perhaps it was a bastion against enemies using the foggy marshes to advance against Bree? Whatever, now it is just a shelter for bears.

These deeds can be advanced by exploring the Crumbled Court:

"The runes you found seemed to be very old indeed, and in style of ancient Arnorian script that few would readily recognize in these times. While you made out only a little of it, the inscription is likely an oath of fealty taken by Dúnedain to their Lords.

"The Men of those days put great store in ceremony and oaths, and believed that to break one would bring a terrible curse upon the oathbreaker.

"Few Men put much store in ritual and ceremony these days - save for the Rangers of the North, who are rumoured to have descended from those very Dúnedain who once ruled Arnor. Perhaps they are the ones who have protected the inscription from the wear of time?" — Deed 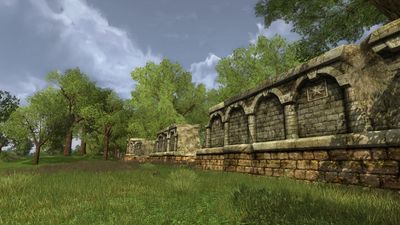