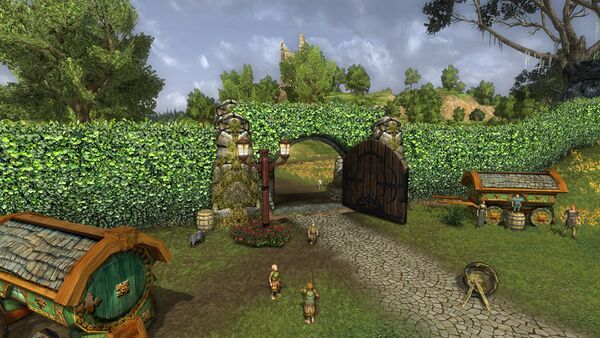 This is a guarded gate in the High Hay, also known as the North-gate, to let people through from the Great East Road. High Hay is also called "the Hedge" and it fences off the dangers living in the Old Forest. However, these days the Bounders should begin to worry more about the queer people travelling the roads, wight?

Just south of the gate lies a very small village named Newbury, too small to provide any services but Crickhollow is not far to the south. 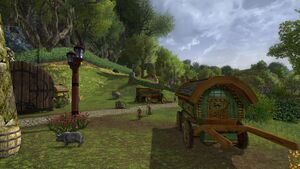 Carts within the entrance of Buckland 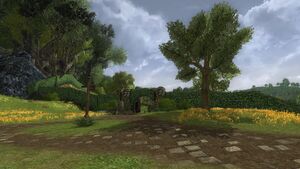 The gate from just next to the Brandywine Bridge

"'That all depends on what you think the Riders would do, if they found you here,' answered Merry. 'They could have reached here by now, of course, if they were not stopped at the North-gate, where the Hedge runs down to the river-bank, just this side of the Bridge. The gate-guards would not let them through by night, though they might break through. Even in the daylight they would try to keep them out, I think, at any rate until they got a message through to the Master of the Hall - for they would not like the look of the Riders, and would certainly be frightened by them." — The Fellowship of the Ring, by Tolkien