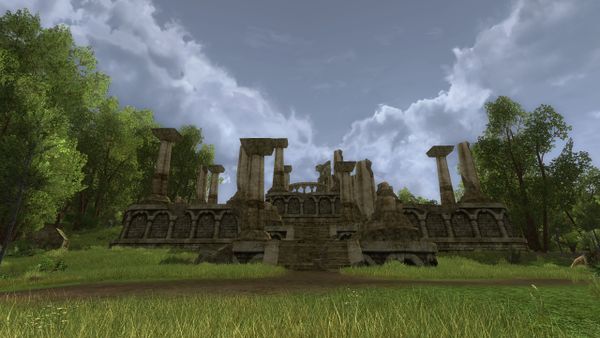 These ruins are located at the centre of Archet Dale. They are also known for the Kingsfoil flowers with their healing potency. However, recently wolves have overrun the ruins. 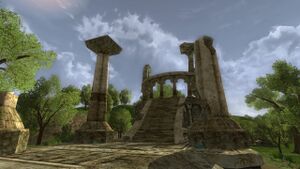 These deeds can be advanced by visiting Bronwe's Folly, after the Assault on Archet:

These creatures are encountered within this location:
Before the Assault

Bronwe's Folly is an ancient ruin located in the Archet Dale area. "Little lore remains from the days of the North Kingdom, but it is said that these ruins are all that remain of a Cardolan lord's failed attempt to hold back the wrath of Angmar." — Deed