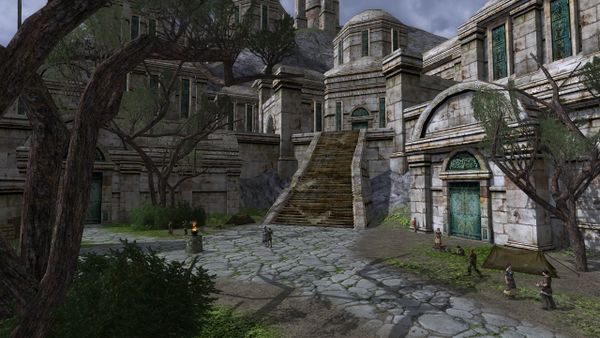 Ost Forod is a settlement located within the area of Tyrn Fornech in Evendim. [7.8S, 64.2W]

The name is Sindarin for "Fortress of the North" and once that was true; high above the neighbourhood it stood vigil at the way through Evendim from the Shire in the south to Forochel in the north. Business was thriving and the noblesse of Annúminas brought wealth and flair to what was once a town. Now ruffians and treasure hunters are openly roaming within the broken ruins, unfriendly men would probably assault visitors was it not for the new Arbiter.

Ost Forod provides its services at a number of floors, climbing up the hill towards the unreachable tower at the hilltop. At the basic levels is found a stable-master, mile-stone, mailbox, and most quest-givers. At the market fair there are a healer and armament vendors for the levels 25 to 40. There is a good craft fair with trainers, a provisioner and a grocer/healer. At the highest level are a tavern keep and the crafting supplier.

The Sparring Circle can be found to the East and is the during the Instance: The Bounty-hunter. 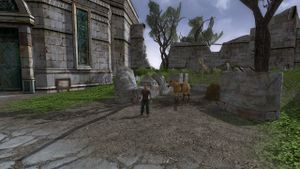 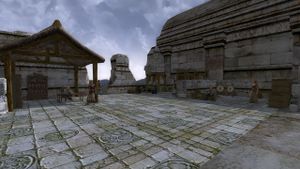 Crafting facilities are concentrated at the craft fair. [7.5S, 64.1W] 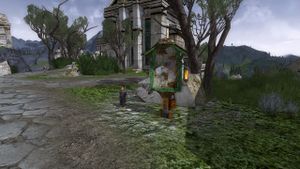 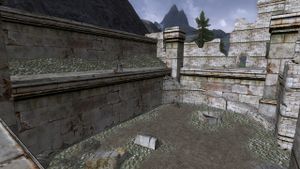 The following creatures are found within the Sparring Circle during Instance: The Bounty-hunter:

"Rumors of lost treasure brought adventurous Men back into the region surrounding Lake Evendim, where the ruins of Annúminas and the tombs of the Kings of Arnor remain. These treasure-hunters established a town and trading post in the northern reaches of those lands, amongst the ruins of the old fortress of Ost Forod. Here they were content to scavenge for trinkets unearthed by time and weather, hunt the great Harts of the North, and trade with the Lossoth, the strange and sometimes dangerous Snowmen of Forochel.

"In these latter days, a less savory element has entered the ranks of the Men of Ost Forod: brigands and tomb-robbers who plunder the very graves of the Dúnedain themselves. Though the Men of Ost Forod have chosen an arbiter from among their ranks to administer some form of law and justice, he can do little to stem the swelling tide of lawless men." — lorebook 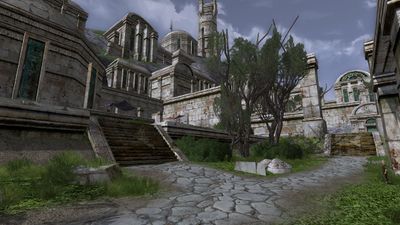 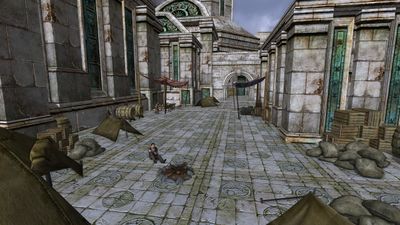 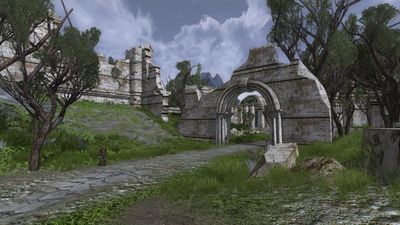 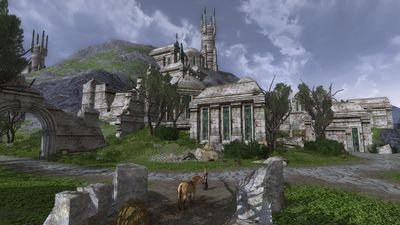 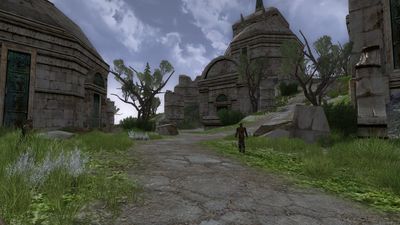 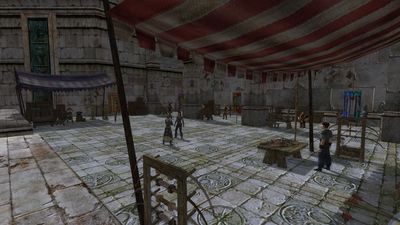 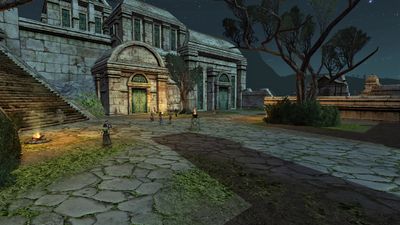