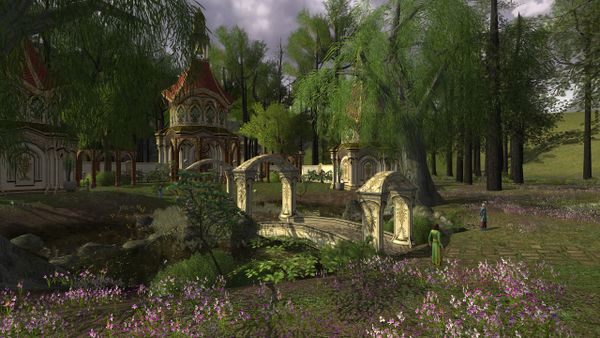 Lin Giliath is a settlement located within the area of Meluinen, in North Downs. [13.7S, 44.9W]

This elven refuge is located in the north of Meluinen, where the north-going road for Othrikar begins. Having lived there for ages uncounted the residents are becoming more worried as recently orcs have established a strong presence and are known for poisonous threats, and stone-trolls have returned to some nearby caves from which they attack the elves, recently slaying the glade's keeper, Lachenn. During the attack, the refuge's food was ruined, and the supplies scattered. The elves now seek vengeance against the trolls of Taur Gonwaith.

Lin Giliath houses the library Tham Giliath where one of the more renowned elves of Middle-earth pays his visits, lord Gildor Inglorion himself. The settlement provides the services of a grocer, a Lore-master Trainer, and a stable-master for local routes. 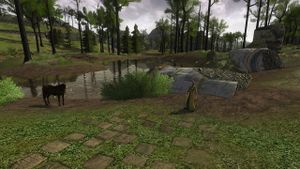 The following services can be found within the settlement of Lin Giliath: 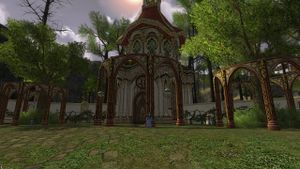 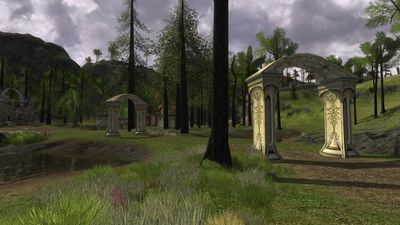 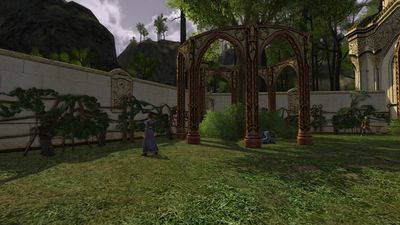 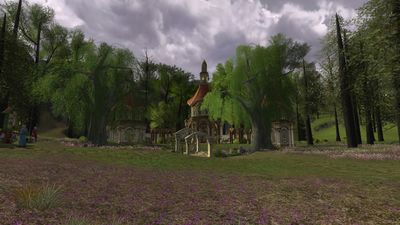 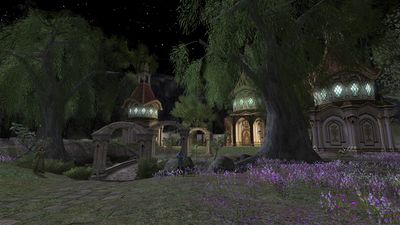 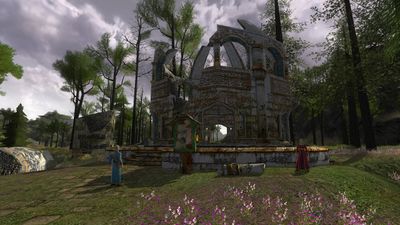