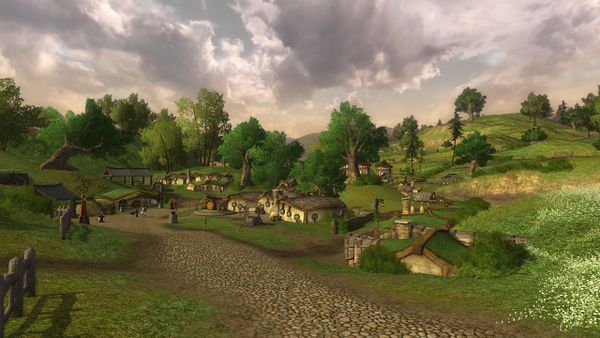 Hobbiton is a settlement located within the area of Hobbiton-Bywater in the Shire. [31.4S, 71.1W]

One of the oldest settlements of the Shire, Hobbiton is known throughout all farthings. So is its renowned tavern, the Ivy Bush, and landmarks such as the Grange and Sandyman's Mill. Other than that Hobbiton does not afford many facilities but depicting the most hobbity scenery.

The village is located almost at the centre of the Shire, just south of the Great East Road, at the crossroad of "the Bywater Road" and the road from Tookland which then crosses Bywater Bridge and runs on past the Hill to Overhill and beyond. 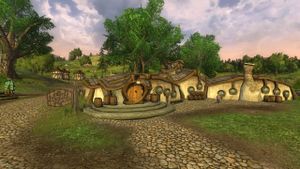 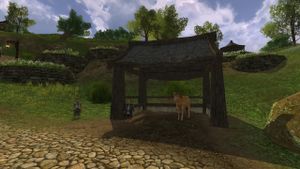 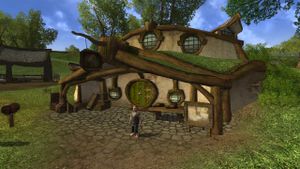 Hobbiton is founded no earlier than III 1601 (year 1 by the Shire-reckoning). The town was most closely associated with the Baggins family. — lorebook

"As (the Fellowship) began to climb its first slopes they looked back and saw the lamps in Hobbiton far off twinkling in the gentle valley of the Water. Soon it disappeared in the folds of the darkened land, and was followed by Bywater beside its grey pool. When the light of the last farm was far behind, peeping among the trees, Frodo turned and waved a hand in farewell. 'I wonder if I shall ever look down into that valley again,' he said quietly." — The Fellowhip and the Ring, by Tolkien 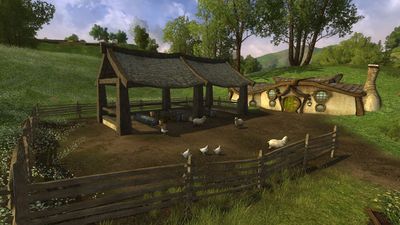 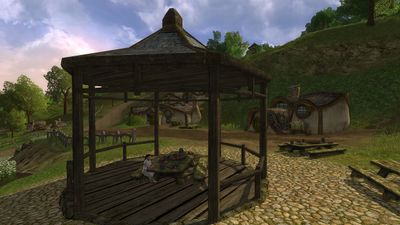 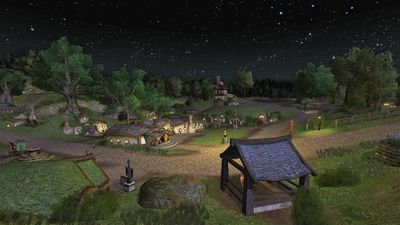 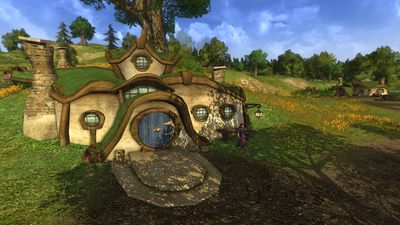 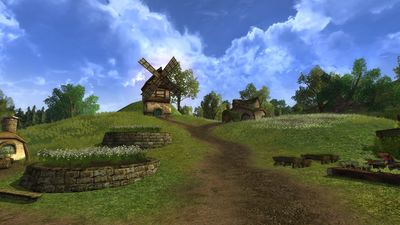