This page is about the settlement. For the faction, see Thorin's Hall (Reputation). 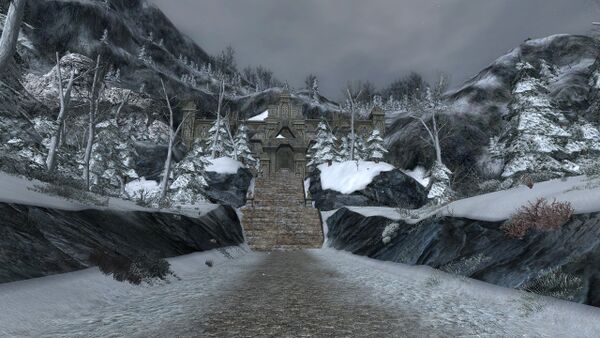 These majestic and giant halls are cut into the Blue Mountains by the dwarves under the leadership of Thráin and Thorin. At the crest of the impressive stairs from Frerin's Court a visitor enters a section known as Thorin's Gates, with the hardened entrance into the halls. At this outdoor section a smaller door leads straight to the Festival Arena and Thorin's Hall Inn. Also outdoors and to the east are the Greenhouse with its farmlands, and a Skirmish camp.

Thorin's Hall provides all possible services, trainers and vendors. Its extensive crafting facilities includes forges, workbenches and an oven, but foremost there are the Metalsmith's Guild and the Weaponsmith's Guild. These halls also hosts the Blue Stone Garrison which is the lounge for members with Acquaintance standing with Thorin's Hall.

Many services outside of these halls are found in Thorin's Gate and Frerin's Court.

Notice: The settlement is basically set up by many smaller halls and sections. This page provides a summary but each location page list its details individually. 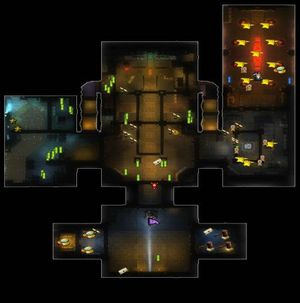 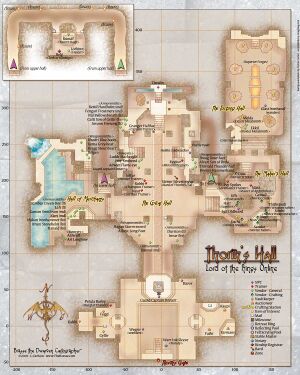 See "starting quests" and the locations for quests

Notice: Each location within this section individually lists quests, NPCs, and more, pertaining to it. 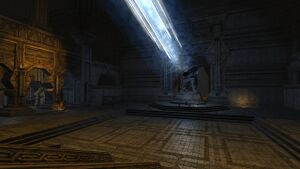 Thorin's Hall - The Great Hall is the section just inside the main entrance.

Its middle section is known for the great statue, the west and east wings host important services. Continue north, past the statue, for the Hall of Kings. 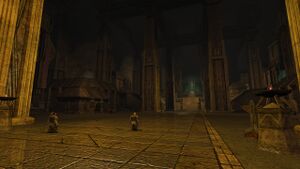 The Hall of Kings is the majestic, centre hall, to the north.

From this hall leads connections to most other halls within Thorin's Hall. Furthest to the north, at the upper terrace, is found Thorin's Throne with Dwalin at service. 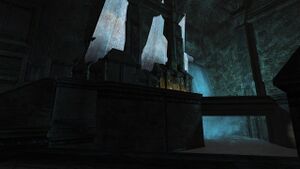 The Hall of Merchants is the western wing of Thorin's Hall, entered from the Hall of Kings.

This hall provides the spectacular waterfall that contributes to the canal. At its entrance is a ramp down to the basement and the Thorin's Hall Inn. At the upper level and past the waterfall is the Blue Stone Garrison, the centre for reputation with Thorin's Hall. 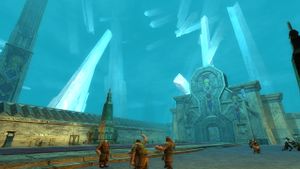 The Blue Stone Garrison is a reputation lounge.

It is located within the Hall of Merchants, at the upper level, across the bridge by the waterfall. Inside is an imposing hallway and a long ramp down to the heart of the garrison. This the home of the Thorin's Hall reputation faction and visitors with Acquaintance standing may enter. Outside are some helpful members found. 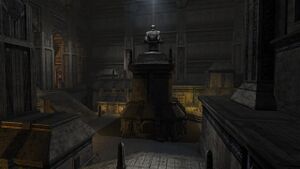 Thorin's Hall - The Maker's Hall is a level down from the Hall of Kings.

This hall is the first of two crafting centres in Thorin's Hall, the second being the the Forging Hall located past the Maker's Hall. By the foot of the stairs from the Hall of Kings is another entrance to the basement and the Thorin's Hall Inn. 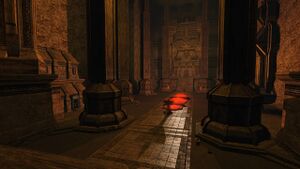 Thorin's Hall - The Forging Hall is found past the Maker's Hall, in the eastern wing .

This hall is renowned throughout the Middle-earth for its Forges, which it has not just one but several. These are impressive and incautious visitors have been seen set on fire. Here is also the Metalsmith and the Weaponsmith's Guild-halls. 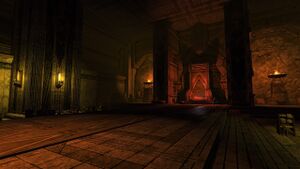 The Metalsmith's Guild is found at the western wall of the Forging Hall.

There Metalsmiths can gain reputation with the guild and obtain exclusive recipes and items not possible to obtain by other means.

The Metalsmith's Guild trains serious students of the armourer's art in advanced techniques, allowing them to create superior items with less effort. 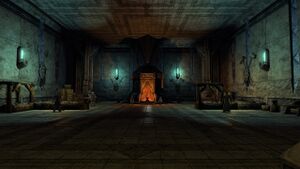 The Weaponsmith's Guild is found at the eastern wall of the Forging Hall.

There Weaponsmiths can gain reputation with the guild and obtain exclusive recipes and items not possible to obtain by other means.

The Weaponsmith's Guild trains serious students of the art of weaponry in advanced techniques, allowing them to create superior items with less effort. 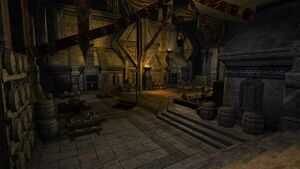 Thorin's Hall Inn is located in the basement under the Hall of Kings.

This is the home for members of the Ale Association and those with Acquaintance standing may access the private chambers in the south-west. During festivals the inn attracts more visitors and some settle down for the period and offers the most suspicious quests. 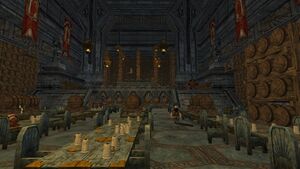 The Ale Association is entered via Thorin's Hall Inn.

During festivals this ale loving club is bubbling and boiling with activities, whereof a considerable amount are aimed at undermining the Inn League's wild success. However, these usually noble dwarves of Thorin's Hall also provides some attractive rewards for visitors who manage to wind themselves through the quests and gain reputation *hic* 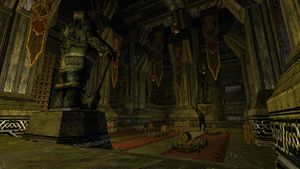 The Festival Arena is used during anniversary celebrations and certain special events. The rest of the year this big hall lies dark, unused and in silence.

"So Thráin and Thorin with what remained of their following...wandered in Eriador, until at last they made a home in exile in the east of the Ered Luin beyond the Lune." - The Return of the King, Appendix A, Part III Durin's Folk

The great halls of Thorin, delved beneath the Ered Luin in western Middle-earth are amongst the greatest wonders of craftsmanship and building found anywhere in the world. It has been nearly 80 years since Thorin himself journeyed away from this Dwarf-mansion of soaring stone to reclaim his rightful place beneath Erebor, in his noble quest to Lonely Mountain to defeat the dragon Smaug (a well-documented adventure, indeed!). Though Thorin was never to return to this place, having fallen in the Battle of Five Armies after successfully reclaiming his throne, Thorin's Halls in the Blue Mountains remain a vibrant center of activity in the region. - lorebook 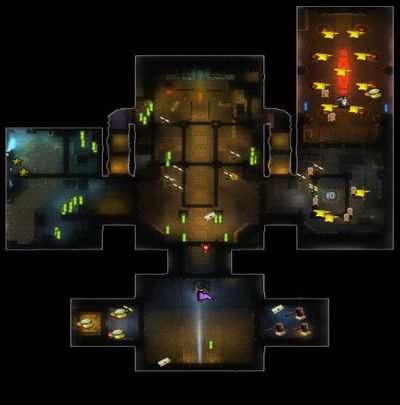 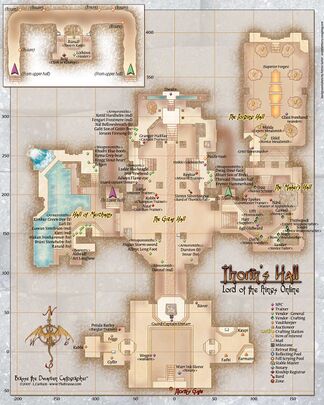