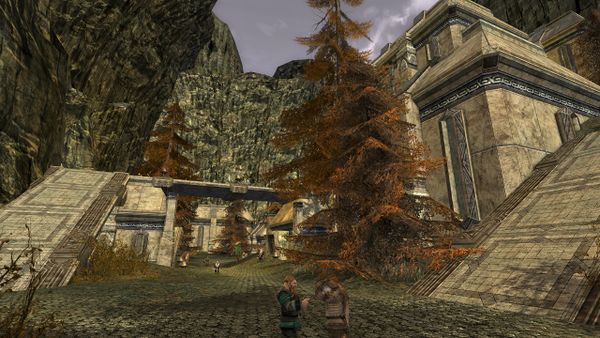 Gabilshathûr (Khuzdul for Great-clouds) is a settlement located within the area of Eastern Malenhad in Angmar. [3.6S, 26.4W]

This mining outpost is hardly strategically hidden in a vale tucked in the southern mountainsides. There are two narrow passages into the outpost, a western entrance by a Rally Point and the eastern entrance found just east of a Camp Site Fire. While the dwarves have always been isolated, now they are truly trapped, as the nearby orcs have recently discovered their settlement and now conduct frequent raids bringing their mining operations to a screeching halt. If this was not enough, the border formed by the Watching-stones of Rammas Deluon prevents them from retreating out of Angmar. Thus, the dwarves are truly desperate resorting to eating the foul creatures in the sulfur swamps of Malenhad. The dwarves will take all the help they can get in countering Angmar's efforts in the area, whether troll, orc, uruk, or otherwise.

Gabilshathûr provides some basic services for weary travelers who manage to conquer the dread of Rammas Deluon. One can expect to find a Stable-master, Milestone, Mailbox, and a Tasks Bulletin Board, as well as a Provisioner and armaments vendors for levels 40 to 49, and a quest items vendor. 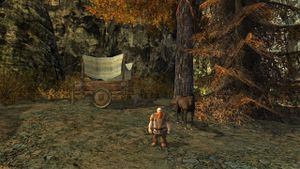 The dwarf mining-outpost of Gabilshathûr was unwisely founded shortly before the recent revival of the powers of Angmar.

Now these poor souls are trapped, holding out against hope that they can survive and be rescued before the fist of Angmar falls upon them. — Deed text 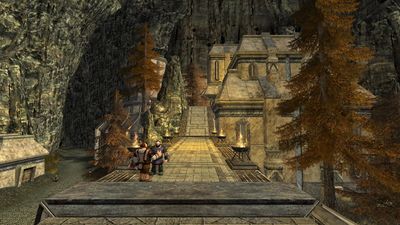 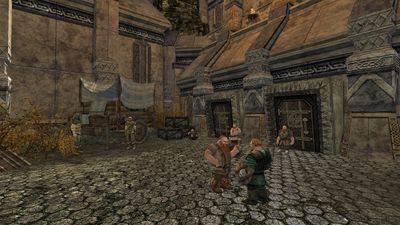 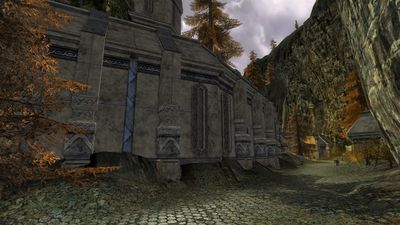 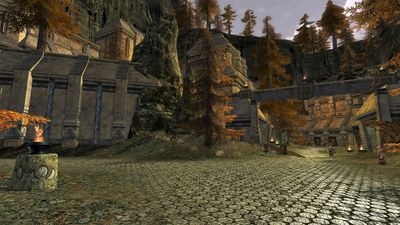 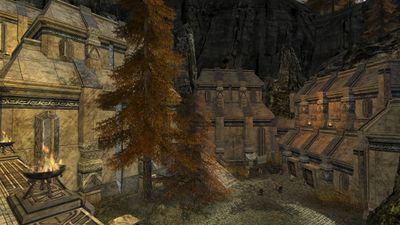 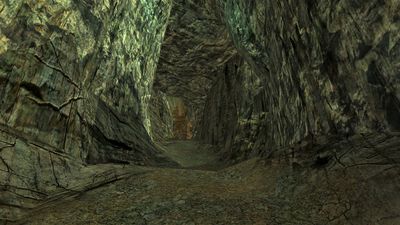 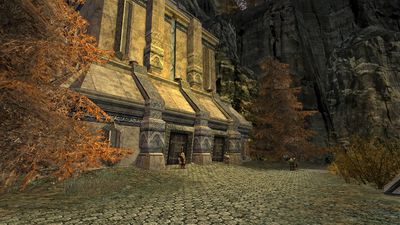