From Lotro-Wiki.com
(Redirected from Brandywine)
Jump to navigation Jump to search 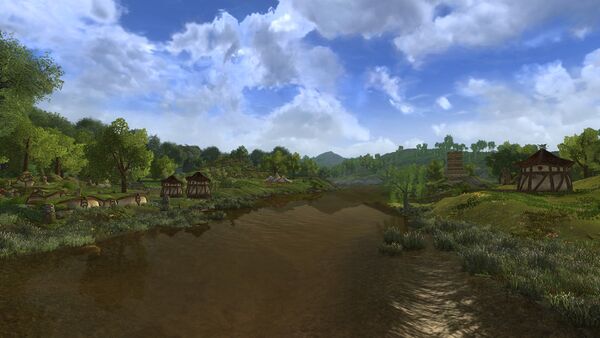 This river is known as Baranduin and Brandywine River and it separates Bree-land from The Shire as it runs through the central and southern parts of Eriador. The large and wide river originates in Lake Evendim and soon it flows southwards past The Shire, Bree-land, and the Old Forest. About this region smaller streams contribute: The Water which runs from Needlehole through The Shire, Shirebourn which springs from Green Hill Country to south of Stock, and Withywindle which flows through the Old Forest. South of Old Forest it turns more to south-west and eventually empties into the Great Sea near Eryn Vorn.

The Tale of the Shipwrecked Mariners takes place along the river in mid-September each year.

In the year 1601 of the Third Age (III 1601), two Fallohide brothers, Marcho and Blanco, lead a group of Hobbits west from Bree across the Brandywine Bridge, having obtained permission from King Argeleb II, the tenth King of Arthedain at Fornost on the North Downs, to settle the unused land between the Brandywine and the Far Downs, thus establishing The Shire. King Argeleb II required only that the Hobbits acknowledge his rule, and keep repair of the roads and bridges that crossed through the Shire, particularly the Brandywine Bridge. 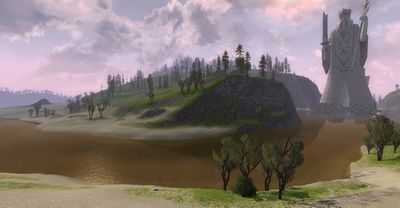