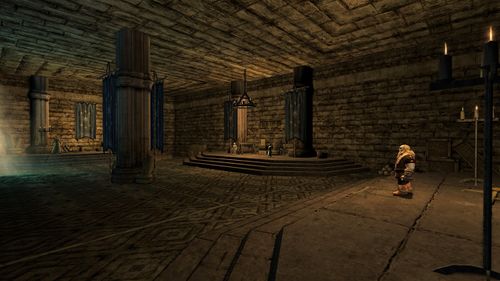 The original Woodworker's Guild-hall is found inside the Craft-hall of Esteldín in The North Downs. [9.7S, 40.5W]. Within this hall it is possible for Woodworkers to gain reputation and obtain exclusive recipes and items not possible to obtain by other means. The hall is located at the back of the craft hall.

NOTE: since Update 27, the most accessible guild NPCs are located in The House of Craft in Minas Tirith (Midsummer) [23.2N, 54.9W] , which, unlike Esteldín, is easily accessible to characters of all levels. Moreover, unlike Esteldín, woodworkers with the Armsman vocation can also guild Weaponsmith in Minas Tirith (Midsummer), on the same trip, since the guild NPCs for that profession are also located there. 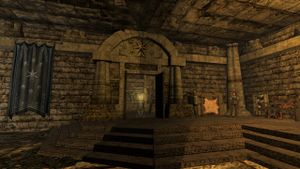 In addition to those already mentioned, NPCs are also found in these locations:

The Woodworker's Guild rewards its fellow members with improved recipes from Expert to Eastemnet tier; see the following vendors to claim them when you gain the required reputation level: