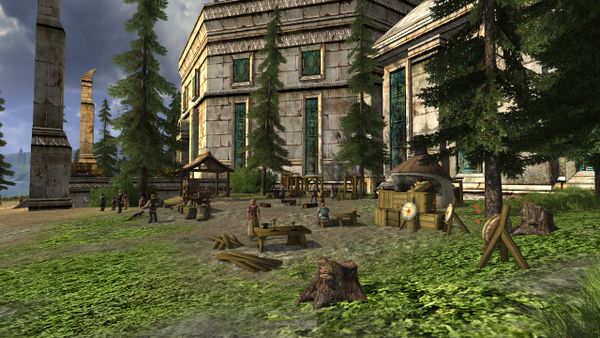 Here is the magnificent Tinnudir Keep, the backdrop for some epic quest instances. Altogether this location depicts an era when the Númenóreans dwelt around Lake Nenuial (Sindarin for Lake of Twilight); thus representatives for the Wardens of Annúminas are found here.

Note: This page is about a section of Tinnudir; the Evendim map shows two 'blue markers' for Tinnudir, this is the western marker. 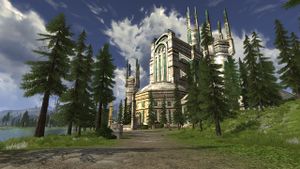 The keep seen from the main camp 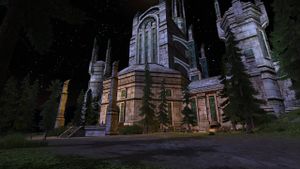 The night sky over the keep

It is not far-fetched to think that Galadriel and Celeborn have visited this location at some time during the first quarter of the Second Age. — "(Galadriel) crossed Ered Lindon with Celeborn and came into Eriador. When they entered that region there were many Noldor in their following, together with Grey-elves and Green-elves; and for a while they dwelt in the country about Lake Nenuial (Evendim, north of the Shire)." — The Book of Unfinished Tales