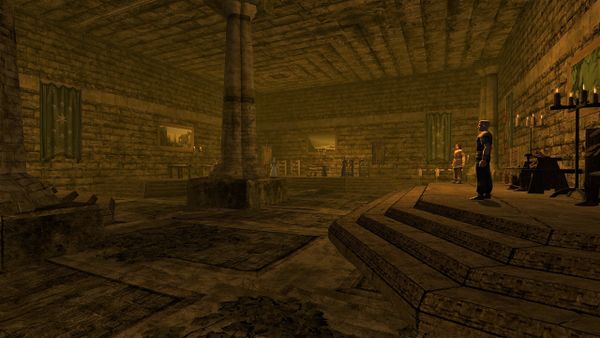 The Tailor's Guild-hall is found inside the Craft-hall of Esteldín. in North Downs [9.7S, 40.5W]

Within this hall it is possible for members of the Tailors Guild, to obtain exclusive recipes and exchange items not available to non-guild Tailors.

Tips: Since Update 27, the most accessible guild NPCs are located in the House of Craft in Minas Tirith (Midsummer). [23.2N, 54.9W] 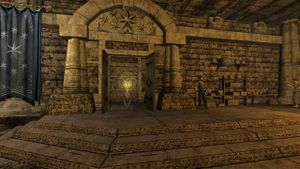 In addition to the locations already mentioned, representatives of the Tailor's Guild are found in:

Membership in the Tailor's Guild rewards its fellow members with Improved Recipes beginning at the Expert tier.

These "Improved, Guild-only Recipes" are for the multiple creation of components (typically 5 at a time) or are "auto-crit" recipes which require various combinations of Patterns in addition to other components for crafting.

See the Appropriate Guild NPCs to purchase these Guild recipes when you gain the required crafting expertise reputation level:

By crafting lower tier patterns and storing them in your vault as their cool-down timers expire, you can quickly advance to your next Guild level as needed.

Each full set requires you to craft five armour pieces. Each piece requires one Large Pattern in addition to other components.

Note that the Riders of Stangard recipes require Gold Tokens as well as reputation to acquire -- the Guild Recipes are a clear winner!