From Lotro-Wiki.com
(Redirected from Stat Caps)
Jump to navigation Jump to search

These are shown as "Basic Stats" in your character panel. (CTL-C to display)

In LOTRO, characters never die, that is, they are never killed, only defeated. When a character's Morale reaches zero (0), the character is defeated. Skills can no longer be used, but the player may still chat with other players.

Revival is the partial restoration of Morale and Power to a defeated ally. Also knows as "Res or Rez (short for Resurrection).
When defeated, a character has 600 seconds to be revived in-place or be automatically transported to the nearest Rally Point. One option for a player is to revive their own character, bestowing the effect Revived from Defeat on them which prevents them from using this 'free revive' for 2 hours. After the revival, the character appears on the spot where they were defeated with very little Morale. As such, it is advantageous to ensure the area is safe before reviving.

Other players (and a few NPC's) can also revive the character with one of their skills. Minstrels, Rune-keepers, Lore-masters, Captains and Beornings are the only classes that have one or more skills to revive other players. All High Elf characters have a racial revive skill with a long cooldown. When other players revive a defeated character, the revived character appears where the other player's character was standing when the revival skill was used.

When the 600 second timer expires, the character is automatically transported to the nearest Rally Point and revived there. A character may also choose to 'Retreat', which has the same effect without waiting for the 600-second timer. If a character's own 'Revive' option is on cooldown, Mithril Coins can be spent to reactivate it. Generally, you cannot revive your character inside an Instance, even if it's off cooldown. Retreat or revival by another player are the only options.

Different primary attributes are important or very important for each different class.

Might increases a character's ability to block incoming attacks with a shield and parry incoming attacks or cause greater damage with a weapon. It also reduces incoming common damage.
For Beornings, Captains, Champions, Guardians and Wardens, Might also increases weapon damage. For these classes, Might also increases the damage of tactical skills and healing. For details on how Might contributes to stats for each class, see Character Stat Derivations.

For a legacy that affects Agility, see "Agility (Imbued Legacy)"

For details on how Vitality contributes to stats for each class, see Character Stat Derivations.

Will increases a character's ability to defend against non-physical damage sources.
It also increases your maximum power pool, your Out-of-Combat Power Regeneration, and your Resistance to Disease, Fear, Poison, and Wound effects, including cowering from Dread.
For Beornings, Lore-masters, Minstrels, and Rune-keepers, Will also increases the damage done with a weapon or tactical skills and increases Outgoing Healing.
For Burglars, Champions, Guardians, and Hunters, Will mildly increases Outgoing Healing.
For details on how Will contributes to stats for each class, see Character Stat Derivations.

Fate increases a character's In-Combat Power Regeneration and In-Combat Morale Regeneration.
Fate also increases the chance and magnitude of critical hits on Tactical skills (healing and damage spells).
Like Will, Fate increases a character's ability to defend against non-physical damage sources.
For details on how Fate contributes to stats for each class, see Character Stat Derivations.

All regeneration rates can be sped up by Cooked Food and Gear.

Amount of damage dealt with Melee weapons and abilities. Improved with Might and the Melee Offence Rating.

Amount of damage dealt with Ranged weapons and abilities. Improved with Agility and Ranged Offence Rating.

Increase the amount of damage you do with Tactical abilities like those of the Lore-master, Minstrel, and Runekeeper, as well as several Captain and Warden skills. It also increases your Outgoing Healing.

Your chance to score a critical hit with Melee weapons and abilities. Improved with Agility and Melee Critical Rating.

Your chance to score a critical hit with Ranged weapons and abilities. Improved with Agility and Ranged Critical Rating.

Your chance to score a critical hit with healing or Tactical damage skills. Improved with Fate and Tactical Critical Rating.

As of the Riders Of Rohan expansion damage mitigations have been simplified and fall into two categories, Physical Mitigation and Tactical Mitigation.

The following Virtues increase Will:

Reduces the Fire damage you take by a certain percentage.

Reduces the Frost damage you take by a certain percentage.

Reduces the Shadow damage you take by a certain percentage.

Reduces the Acid damage you take by a certain percentage.

Reduces the Lightning damage you take by a certain percentage.

Reduces the Melee damage you take by a certain percentage.

Reduces the Ranged damage you take by a certain percentage.

Your chance to block or partially block an incoming Melee or Ranged hit. A Shield must be equipped in order to block, and your attacker must be in front of you.

Your chance to evade or partially evade an incoming Melee or Ranged hit. You can evade a hit from any direction.

Your chance to parry or partially parry an incoming Melee or Ranged hit. A Weapon must be equipped in order to parry, and your attacker must be in front of you.

Reduces an opponents chance to score a critical hit with Melee weapons and abilities.

Reduces an opponents chance to score a critical hit with Ranged weapons and abilities.

Reduces an opponents chance to score a critical hit with Tactical damage skills.

Basic Stats as found in the Character Panel (Morale, Power, Armour, Might, Agility, Vitality, Will, Fate) are not subject to a cap restriction. A large part of their function is to provide ratings, which in turn give a percentage based chance, boost or reduction to a Offence or Defence stat.

Percentage based stats in the other sections (Offence, Defence) of the Character Panel do have a cap. This cap is applied to the percentage derived from their source rating(s) only. Any other percentage bonuses from traits, equipment or consumables are added on top of the rating derived percentage.
The source ratings in themselves are not subject to a cap. You'll need an amount of rating (cap rating) to reach the cap of the calculated percentage. Any amount exceeding the cap rating is wasteful and not used, unless you want to compensate for rating based debuffs or for mobs higher than your own level.

The following is a list of percentage caps/cap ratings at the current end level (130). The cap ratings are based on a mob level equal to your own. The same like being used in the Character Panel.

1: For landscape and instances where no penetration buffs are present.
2: For all tiers in The Anvil of Winterstith.
3: For Grey Mountains, Gladden and Minas Morgul instances. These effects are only referred to in text and not displayed anymore, so we don't have hard evidence for their presence.

• Starting proficiency
• L:? Level at which you can learn weapon proficiency

• Starting proficiencies
• L:? Level at which you can learn armour proficiency

Guardian starts out equipped with a shield.

Below are classes ONLY available via LOTRO Store.
Warden starts out equipped with a shield. 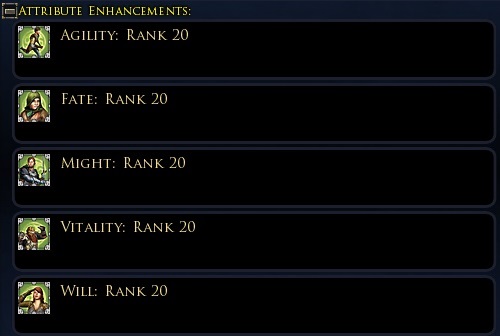