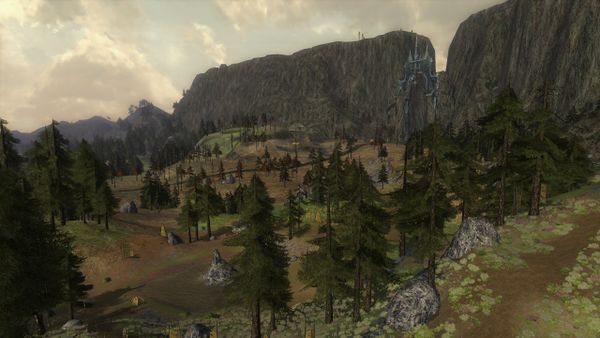 Nan Amlug East is an area within the North Downs, in the north-eastern region.

South of Angmar and along the southward road to Rhunenlad, this area is covered by a mix groves and billowing hills. In its utmost south-western corner is found the secret and narrow mountain pass to Esteldín, and north of those mountains this area proceeds into Nan Amlug West. Huge but harmless hoar-mantles are roaming this area, as well as wargs and Rauta-lehmä, giants living in camps at the east-most outskirts. Recently Hill-men have set up camp in the north, near the gates into Angmar.

The Rangers of Esteldín are concerned with these new residents and that the Earth-kins, allies of old, are stock piling armaments and routing it far and beyond. The Rangers are also protecting and helping their allies, the friendly Suuri-lehmä giants of Rusfold. Hence, many quests aim at thinning ranks of the enemies and recovering armaments. Minor services are found at Rusfold.

Three paths connect to Angmar from this area: 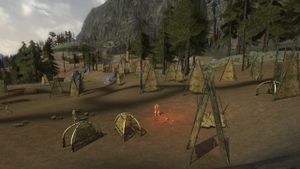 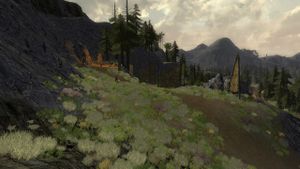 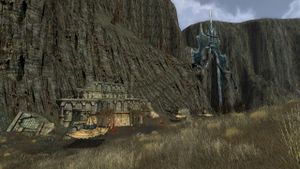 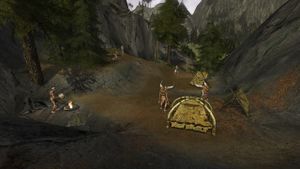