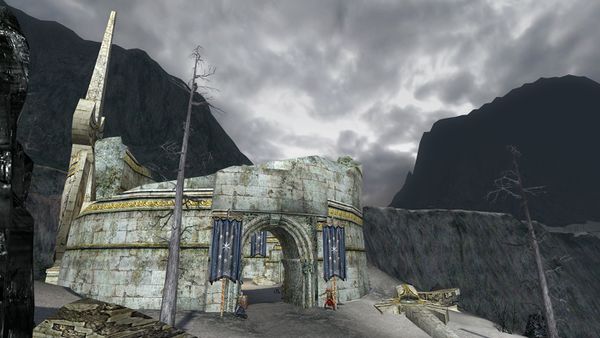 Iorelen's Camp is a settlement located within the area of the Rift of Nûrz Ghâshu, in Angmar. [10.7N, 15.5W]

This camp is found in the uttermost north-east of Angmar, very near the well known raid area. Many rangers have gathered here together with Iorelen to control the evilness of the deep rift.

Travelling here through Nan Gurth and the Gate of Gath Uior is not for the heart of faint, as the many foes are level 53-54 master elites. But once at the camp there are a stable-master, milestone, and a camp site fire for future travelling needs. There is a healer and the rangers gladly barter looted gems and Rift-iron coins for class set items, and some other stuff. 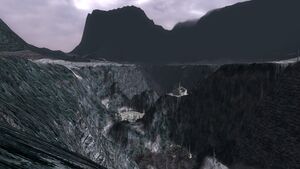 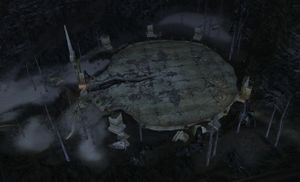 Entrance to the Rift seen from the camp 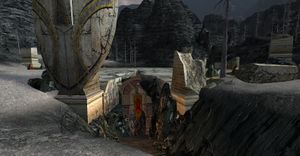 Entrance to the Raid instance

See The Rift of Nûrz Ghâshu (raid) for such quests
Starting:

"Master Elrond sent me here to the Rift, which is called Nûrz Ghâshu by the Enemy, to investigate rumours of forays therein by Angmar's forces. There are veins of valuable metals and a variety of deadly mushrooms which might be used to produce a terrible weapon for the Enemy.

"Lord Glorfindel told me, as well, of a legend of a race of giants which dwell deep in the heart of Nûrz Ghâshu. This legend greatly interests me, for it is said these giants, the Eldgang, are not of an evil bent and may help us to combat Angmar."