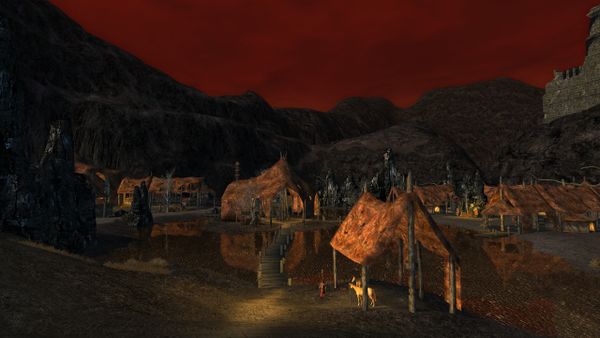 This settlement of friendly hill-men lies surrounded at all sides by Fasach-larran, located at the northern end of the road that runs south through the Earth-kin village of Lehmä-koti and to the North Downs beyond. Here the tribe of Trév Gállorg have found shelter within walls of sheltering mountains. The town is spread over islets and shores of shallow ponds. From here the tribe nurtures bonds of friendship, and plan raids on Trév Duvárdain, hillmen in service of Angmar.

This is the first major settlement travellers will come across inside Angmar, and because of the witch-craft that blocks access to eastern and northern Angmar adventurers often stay at Aughaire for quite some time. Visitors best meet chieftain Crannog at his ruling seat in the south-western section if they wish to prove themselves friends with the hill-men. Only those who complete the Fém challenge are truly considered friend of the hill-men. Quest-givers are also found at two tents of Trév Gállorg members, warriors and hunters at Búth Luikh and tale tellers and tradition keepers at Búth Sánkhas. Also at the small center islet and throughout the settlement.

A Stable-master is located at the south-eastern entrance, near the Skirmish Camp. A Mailbox, Milestone, and Tasks Bulletin Board are found at the central islet. Vendors are found to the east, selling provisions and armaments for levels 32 to 45. In the north-west is a craft faire. And to the south-west is Crannog, the Chieftain of Trév Gállorg and Aughaire, as well as the local Bard. 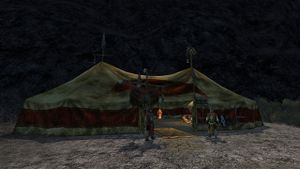 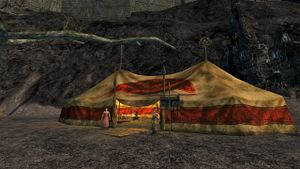 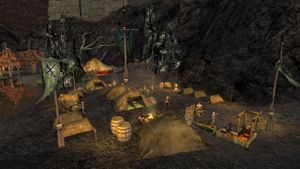 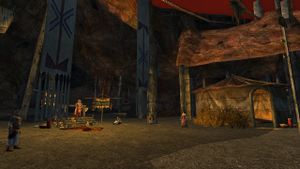 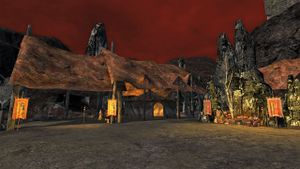 The Market Square of Aughaire

The Craft Faire of Aughaire 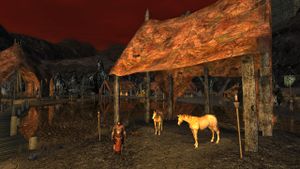 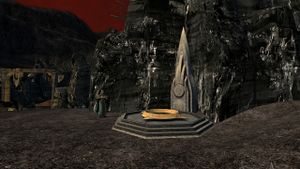 See "starting quests" or the interiors for more quests

Tales of the Shadow of Angmar

The Hillmen of Aughaire are playing a dangerous game with the powers of Angmar. As one of the larger and more independent tribes of Hillmen in the region, they have considerable sway with their brethren in the service of Angmar.

As long as they continue to convince the Lords of Angmar that they may yet join them, the men of Aughaire are allowed a small breadth of freedom. Nevertheless, their game can only play out so long before Angmar grows impatient and either enslaves or crushes this town as a spot of rebellion upon their flanks. — Deed

"In years past, when Arthedain and Cardolan strove to drive back the forces of Angmar, the Men of Rhudaur, under the leadership of an evil chieftain of the Hillmen, fell under the sway of the Witch-king of Angmar. As the years passed, the Hillmen were displaced northward by the better-trained and "civilized" Men of Angmar in preparation for a final war against the North-kingdom of Arthedain. After the defeat of the Witch-king's forces and the near-annihilation of the Angmarim, the Hillmen in the north gradually departed from the dark path laid down for them by the Witch-king and returned to their tribal ways.

"Now, the Hillmen have become nomads, wandering the frozen wastes and hills of Angmar, content to hunt the great herds of aurochs, unconcerned with the doings of the strange folk who dwell in stone cities. Yet the clans still recognize the need to maintain relations with each other, in order to avert bloodshed as one clan infringes on the territory of another. In order to facilitate peaceful relations between their clans, the nomads established a neutral colony, a great tent city they named Aughaire, the Meeting-place. Here, the clans trade in furs, meats and produce, medicines, and slaves. A clan judge also resides here, an elder who mediates peaceful resolutions to disputes between rival clans."

In Lotro, Aughaire figures prominently as the forces rising within the Witch-king's ancient stronghold of Carn Dûm once again try to dominate the spirits of the nomads, while the Dúnedain of the North seek to stem the evil tide from the North. — lorebook 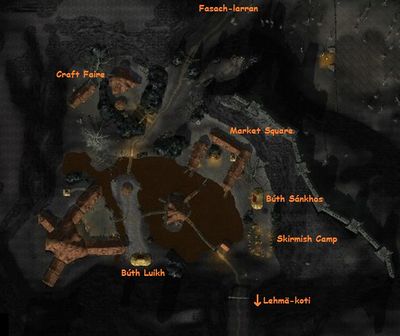