From Lotro-Wiki.com
(Redirected from Yondershire)
Jump to navigation Jump to search 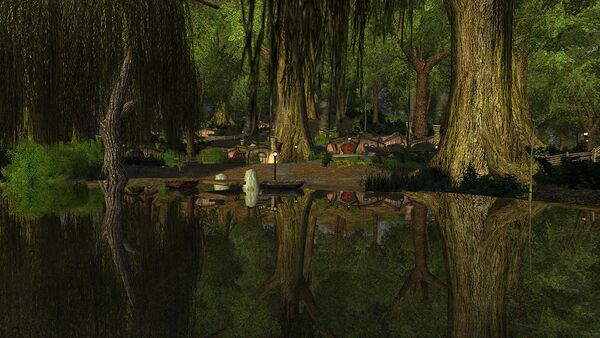 The Yondershire is an area within the Shire, in the north-western region.

This is a sparsely populated region of moor, thicket, and fen that has long been home to Hobbit recluses and troublemakers. Since the time of Bullroarer Took, the Yondershire has squabbled with the more comfortable parts of the Shire. The upstart Lotho Sackville-Baggins aims to bully the local Hobbits, but they’re none too keen on his designs.

This area is located between Rushock Bog and Falathlorn in Ered Luin, with Evendim to the far east. It provides quite a few services spread over its settlements. The Yondershire also hosts the Yonder-watch reputation faction which most quests support. 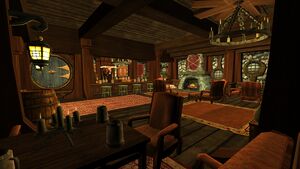 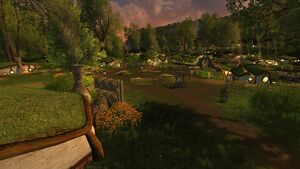 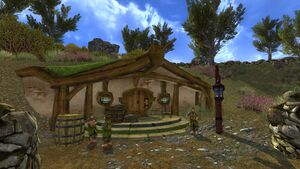 Bounders' Guardhouse by the western wall

The Yondershire is traditionally considered the 'wild' part of the Shire. The last part to be occupied by the Hobbits centuries after the original settlement of the rest of the region. Originally covered in woods that served as hunting grounds for Gil-Galad and, later, Elendil, it became part of the province of Arthedain when Arnor was settled but preserved as wilderness by writ of the King. Later kings, however, razed the old forests for farmland: some woods later grew back but much of it remains open country, heather-covered moors and fields of rich tilth that support such crops as barley, hemp and cotton.

Announcement about the Yondershire, March 2022 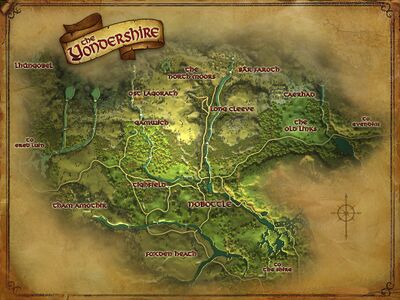 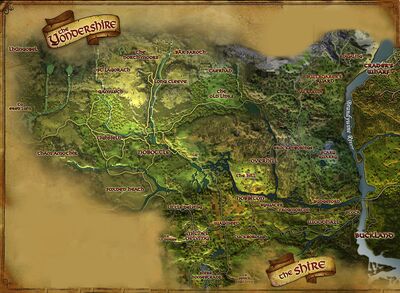