From Lotro-Wiki.com
(Redirected from Wold)
Jump to navigation Jump to search 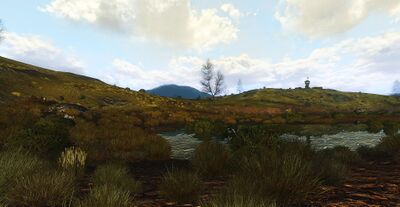 The Wold is an area in the north-east of East Rohan. 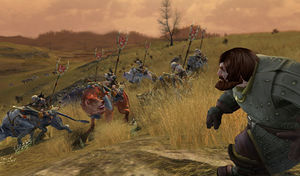 Rohan’s northernmost border march, the Wold is all but cut off from the capital at Edoras but its men are no less loyal for it. Beset on all sides by enemies, Orcs massing to the west and Easterllings crossing the Anduin to the east, the Rohirrim of the North-march refuse to abandon their watch even when ordered. Should they leave, who then will hold back the tide of their foes?

An expanse of rolling hills covered in tall grasses that wither in the dry earth, the Wold marks the northernmost border march of Rohan.

The men of the North-march are amongst the most rugged, yet unwaveringly faithful Riders. Their leader, Aldor Harding, would give his life to save Rohan from its enemies and believes it is fated for him to do so.

Significant amounts of new Game-technology is introduced in this area.

Players who follow the message from Gandalf (part of the Eastemnet quest pack and Rohan expansion purchase) will start their exploration of Rohan here.

Attempting to swim over the waterfall upstream of Floodwend (approximate location [43.5S, 44.7W]) will earn you a Death By Misadventure. It is apparently a nasty waterfall.

These landmarks are located within The Wold: 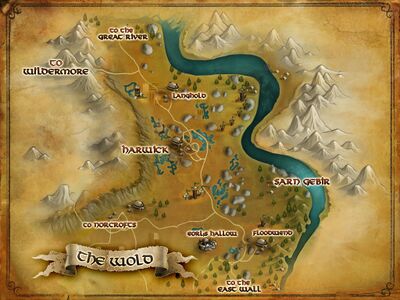 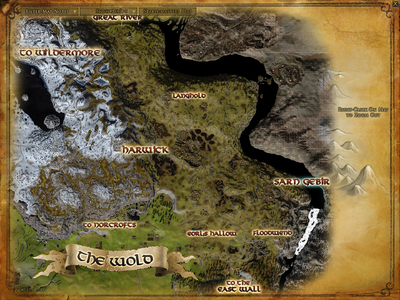 Detail maps of the Wold 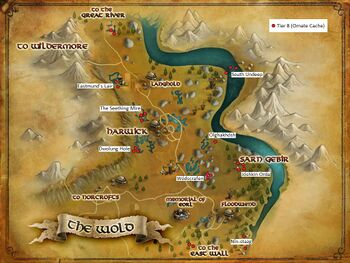