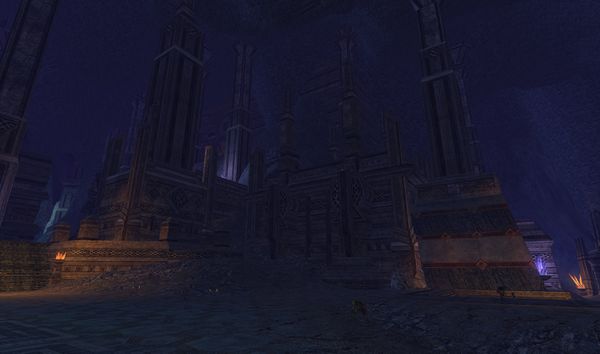 Zelem-melek is the most central area in the region of Moria. It is connected to Durin's Way and the Great Delving on the north and west side, to Nud-melek on the east side and the Flaming Deeps and Redhorn Lodes in the south.

Once a vault of stately terraces and regal halls, the western half of the heart of Khazad-dûm, called Zelem-melek, now struggles to maintain its majesty against an occupying force of bloodthirsty Orc defilers drawn from the armies of Mordor and Isengard. Snarling Goblin totems gloat before defaced Dwarf statues. Bloody shrines to Sauron stake claims in once-honoured halls for the forces of the Shadow. Brutish Orc camps littered with stripped skulls and broken crystals befoul the air with a gruesome stink.

Yet, despite the woeful work of the Enemy’s vandals, the grandeur of Zelem-melek still endures. The tall passageways of the Terraced Halls defy the reach of Goblins. The glow of ancient, crystalline Dwarf-lamps cuts through the smoke of Orc bonfires. Vast halls and towering columns wrought by the Dwarves of old make the Enemy’s minions seem small and petty—at least from afar.

Zelem-melek, as one of the great works of the Dwarves, endures on its own. But to persist in this time of Shadow, it needs heroes willing to brave the hordes and scratch out victories, big and small, amid the chill and the darkness beneath the earth.

The way into Zelem-melek, from the Great Delving to the west, stands crowded with Goblin camps defiling the once-noble halls of the Dwarves.

Travellers entering Moria through the West-gate, in Hollin, may come to Zelem-melek by way of the direct route. Moving due east through the Great Delving, they find themselves under the gaze of the ever-watching, stone eyes of ancestral Dwarves carved into the walls surrounding the entryway to this place. The way leads over the narrow bridge called the Lonely Span, straight into the Terraced Halls.

These proud passageways, though largely intact, now echo with the stomps of Orc and Goblin feet. Be wary. Make haste to the northernmost edge of Zelem-melek, where a shaft of sunlight falls through the stone to break the gloom. This is the Twenty-first Hall, which you’ll come to know well. 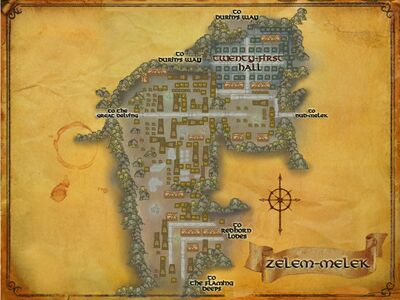 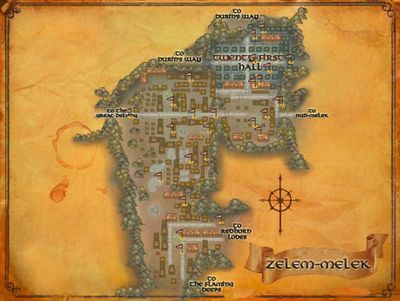 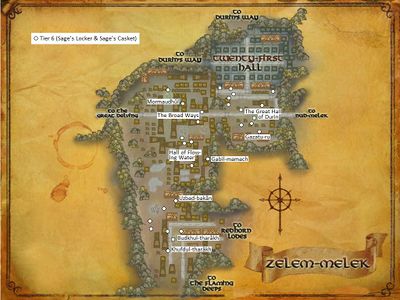 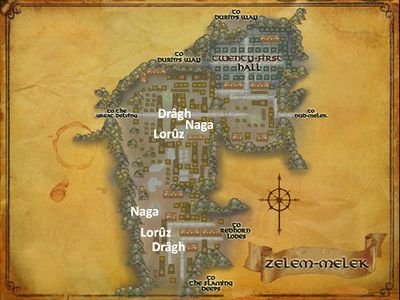