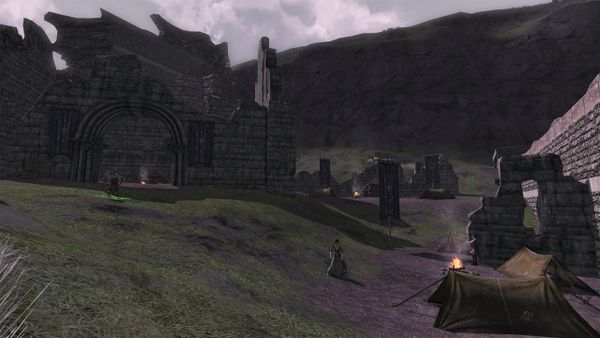 Treasure Hunters' Camp is a settlement located within the area of the Fields of Fornost, in North Downs. [8.0S, 56.0W]

This encampment of treasure hunters is set past the Norbury Gates somewhat to the west. Here those seeking riches have found themselves cornered by the frightfully rising numbers of goblins, orcs, and other grim creatures amassing in the old capital named Fornost. They've abandoned their original goal of finding great wealth in favor of quelling the evil forces that occupy the ruined city.

The camp is a place to gather fellowships, rest, pander to the wounds, and restock supplies.

However, the Camp Site Fire of the Fields of Fornost is located further north, outside of the instance.

Note: Prior to the Update 13 Revamps, this area was known as the Free Peoples' Camp. 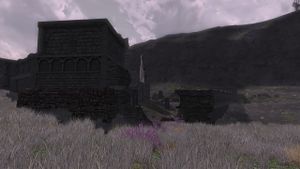 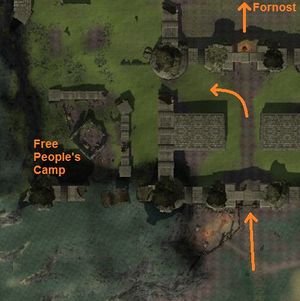 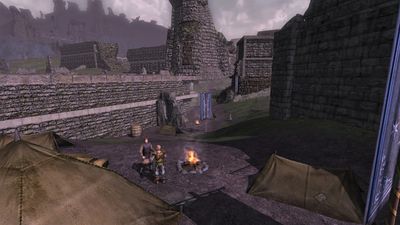 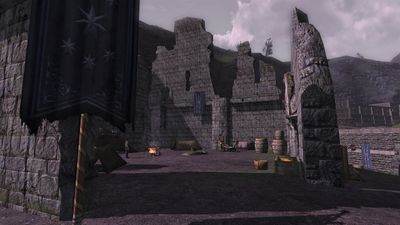