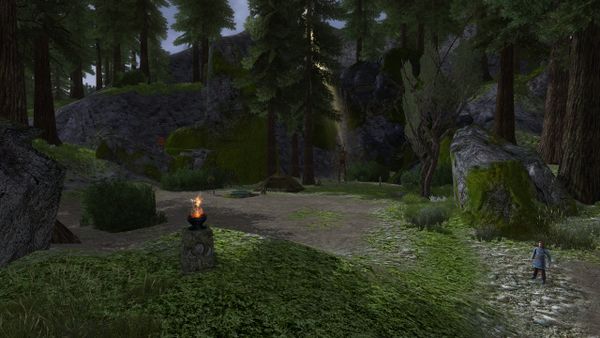 The Eavespires is a settlement located within the area of Northern Emyn Uial, in Evendim. [6.1S, 71.8W]

At the western shores of Lake Evendim, where the waters from the Eave-mere discharge, lies this small camp that is set up and run by three elves. Here is also Longbough squeaking and rubbing his branches in annoyance of the evil that has poured in over Evendim, and with him came the Bog Guardians who are defending the camp.

The Eavespires provide a Dock-master for transports over the lake, and a Milestone, a Healer, and a Bowyer selling gear for level 32 to 44. Available quests are in the range 36 to 38. 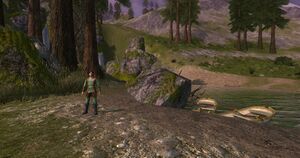 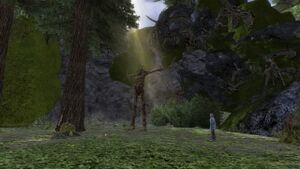 Longbough stretching under the sunlight 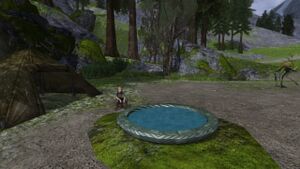 Some kind of reflecting pool at the camp

Few hunters or trappers come this far west of Ost Forod – tales speak of trees that walk and bears that build houses in these remote wilds. While there is little truth to most of these fanciful tales, there is certainly an aura of strange enchantment about the secluded grove called the Eavespires. — Deed