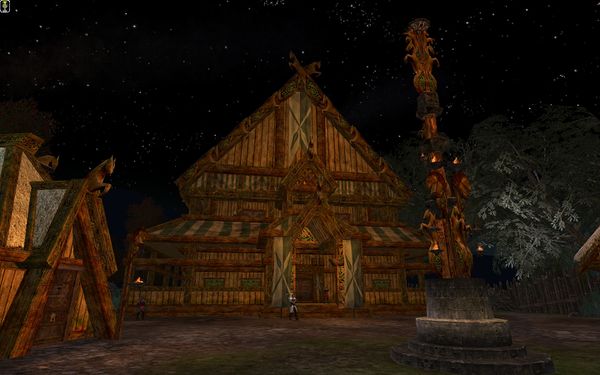 Stangard is a settlement located within the area of Eorlsmead in the Great River. [25.7S, 62.9W]

The following services can be found within the settlement of Stangard:

Note: Stangard quests appear in your Quest Log under Eorlsmead and Wailing Hills.

Notice: The different locations within this section, "civic structures and facilities," individually list quests, NPCs of different types, and more, which pertain to each of them.

Each of the buildings (including watch towers) in Stangard can be entered. Entrance to all of them is required for the Stangard Explorer Deed. Some are also quest targets.

Though many men who serve at Stangard have been sent there as punishment for recent, petty crimes, the village remains fiercely loyal to Rohan and Théoden, their king. The village has fallen on hard times and hope is in short supply. 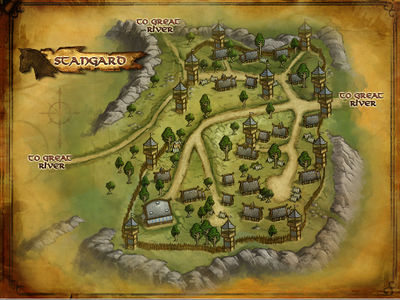 Maps of the Great River 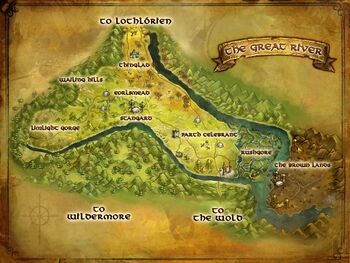 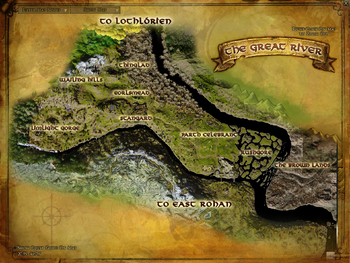