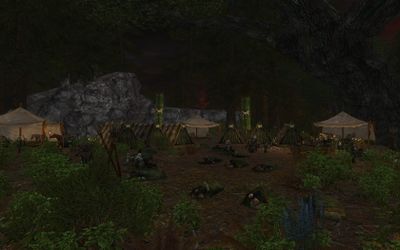 The Riders of Rohan is a reputation faction with the Rohirrim at Taur Drúadan in Far Anórien.

The Rohirrim did, in fact, receive the Red Arrow at Dunharrow. Some 6000 riders -- not the full force of the Mark, but every man who could respond to the Weapontake -- are now riding towards Minas Tirith.

No mob kills grant reputation with this faction.

The tasks acquired in the Far Anórien region can be turned in to any Tasks Bulletin Board in the region.

The following deeds are located under the Far Anórien tab of the Gondor page of the Deed Log.