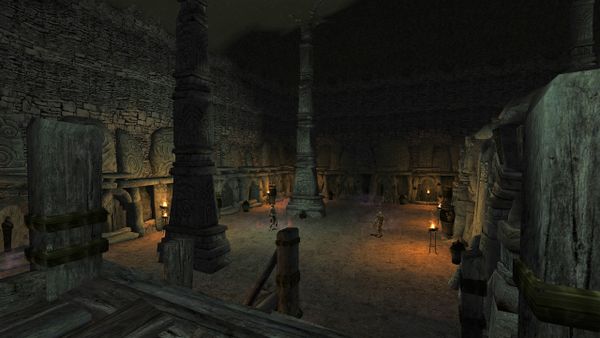 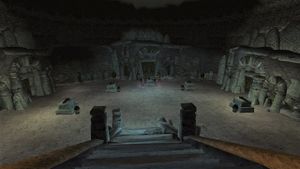 The majority of fights in the instance are straightforward, but keep an eye out for any patrolling Ancient Barrow-wights, which are stronger and have more morale than the other mobs. There are also a few locations where enemies spawn from the ground abruptly, so don't run ahead of the tank if you don't know which areas are safe.

The fight will reset if the caller or any of his summoned adds reach the top of the stairs.

His room is full of Ancient Barrow-wights which do not reset, and should be cleared out first to make the fight easier. Use ranged skills to pull one or two of them at a time and take them upstairs where the caller will reset (but the Ancient Barrow-Wights will not).

At about 20% morale, the caller will temporarily go inactive and summon 2 Devouring Barrow-crawlers that cause knockback. Stay off the stairs to avoid flying upstairs and accidentally resetting the fight.

The large crawlers in turn summon Bloated Barrow-crawlers that randomly target a player and burst into poison clouds. You can try to get out of the clouds, but the room will quickly be covered in them and they do more damage to moving players, so it's better to remain stationary if possible. 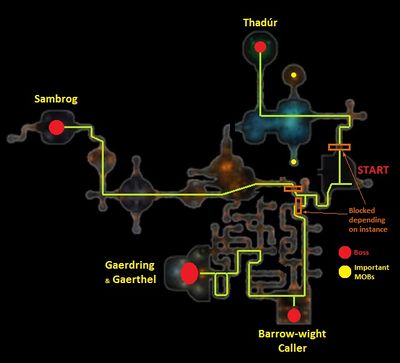 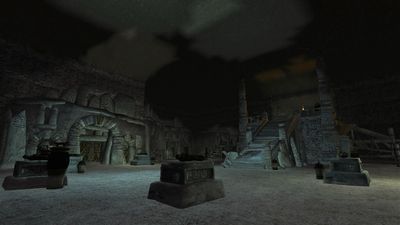 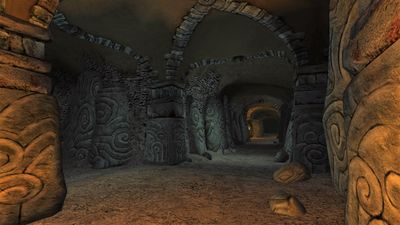 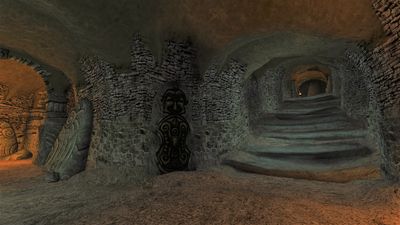 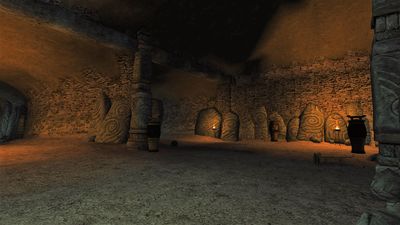