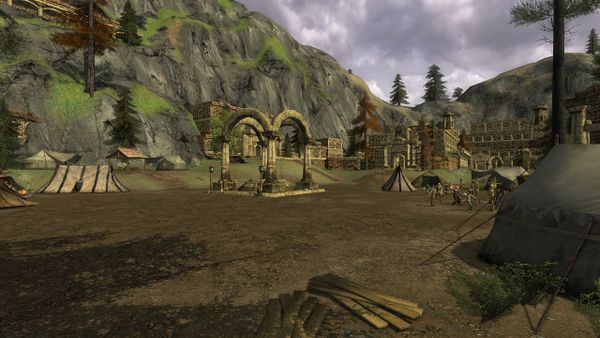 At the heart of Esteldín lies this large square with Halbarad's Study and the Library. Here are also a Bard, Reflecting Pool, Roving Threat Quartermaster, Ráthulf the Trader, campfires, class trainers, and several quest givers. The Central Courtyard is found between the Forecourt to the west and the Crafters' Courtyard to the east. 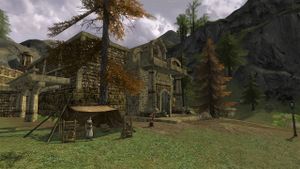 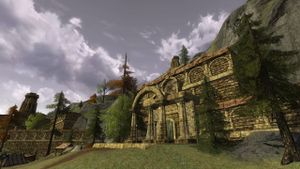 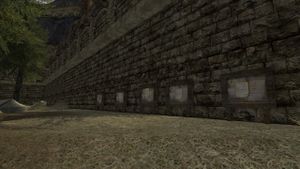 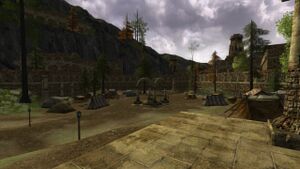 Another view of the main central courtyard 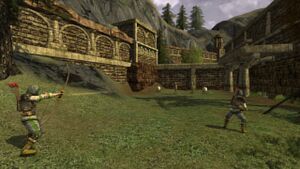 Archers practicing on the range 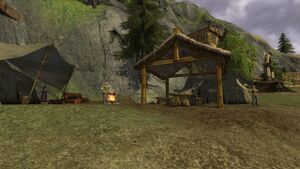 Rangers gathering their strength near a pavillion

See "starting quests" and the interiors for more quests

Here once stood the town and Founding Stone of Dolindîr, in the kingdom of Arthedain, which has passed.
In this place was established the refuge of Esteldín, by Arassuil, son of Arahad, that these lands might never again stand unwatched.