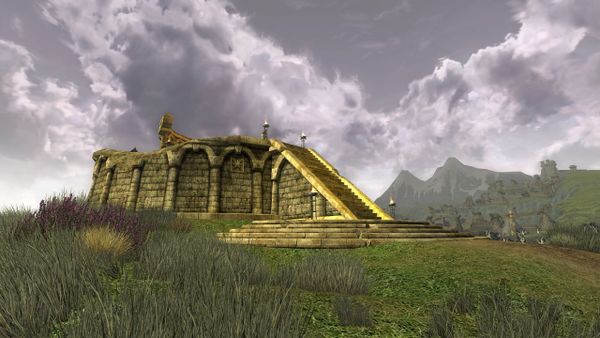 At a hilltop the ruins of an old tower still proudly stand visible far and wide. It is located by the Kingsfell road, which made it a natural goal for refugees of Annúndir who were driven from their homes by large bands of orcs. Safe at the camp they are in dire need of help, but also determined to press back the attackers. 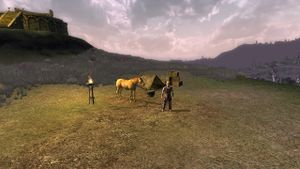 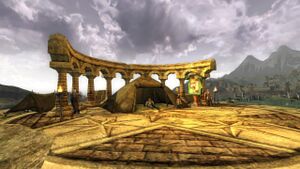 The small camp atop Amon Raith

"A tower once sat atop Amon Raith, guarding the pass through the hills south of Fornost. Now it is home to Rangers and refugees." — Deed

"Driven out of their farms in and around Kingsfell by Orcs from Angmar, they are harbingers of what will come if the folk of the North Downs cannot band together. They have allies not only in the Rangers stationed throughout the region but in Dwarves and Elves that live here too. The Kingsfell road connects the Dwarf-mines of Othrikar in the north with the Elf-retreat in Meluinen in the south, and all these places shall come to ruin together if they cannot unite against their common foes." — Hero's guide